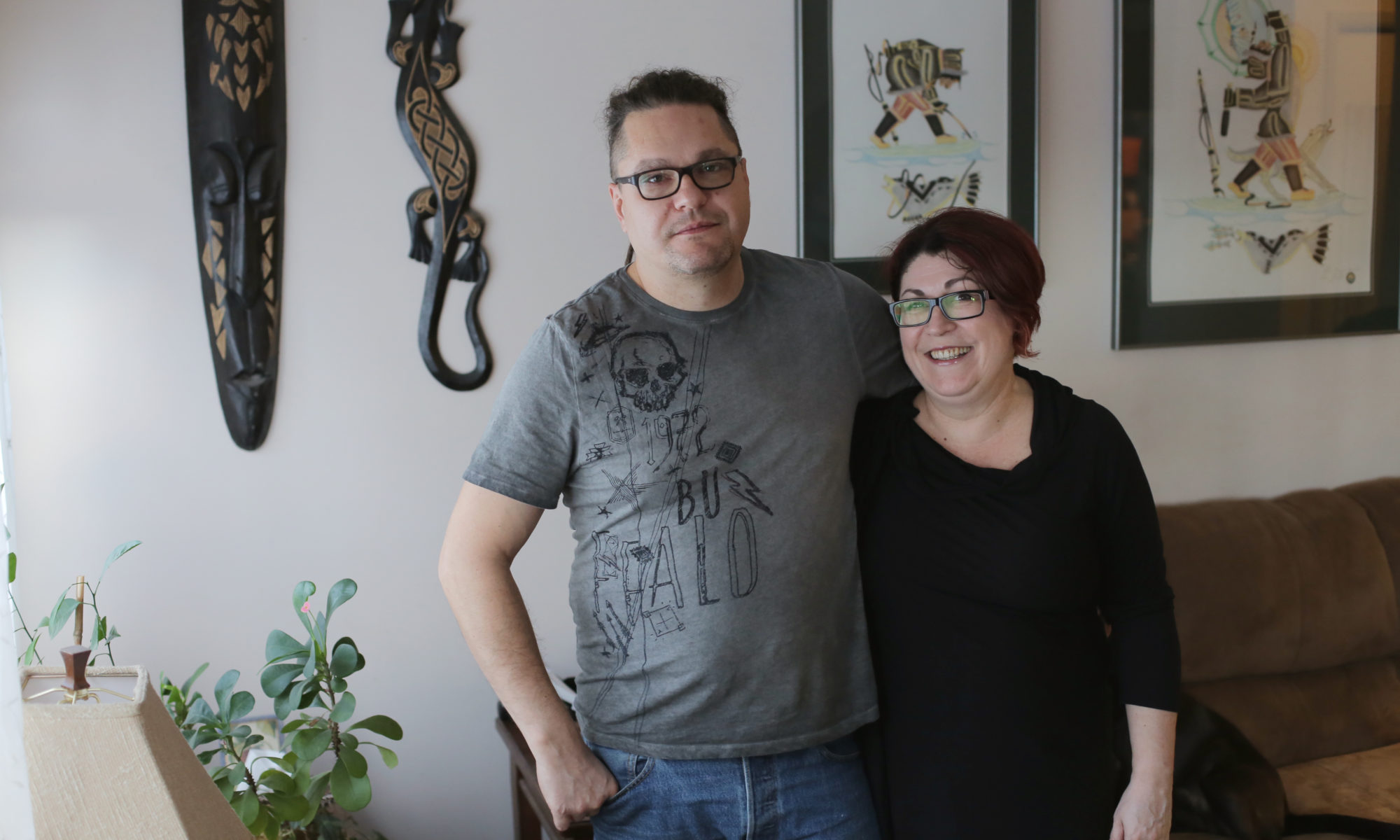 Refugees stay put more than other newcomers do – but why?

Access to more settlement services, easier family reunification and safety are among the myriad reasons refugees tend to stay where they settle in the Maritimes, writes Kelly Toughill

Of the scores of immigrants interviewed for the Public Policy Forum’s Atlantic Revitalization Project, only those who arrived as refugees start their story with the date of their arrival. It is a feature unique to the narrative spun by those who landed in Canada through chance and calamity, not ambition and opportunity. It doesn’t seem to matter if the refugee was born in Afghanistan, Croatia or Eritrea, if they had a master’s degree or no education at all. The date matters.

Asylum claimants, government-sponsored refugees and privately sponsored refugees in Nova Scotia, PEI and New Brunswick have one other thing in common: they are more likely to stick to their first Canadian hometown than immigrants selected by a province for their potential value to the economy.  Some of the data is contradictory, but one trend line is clear: privately sponsored refugees in New Brunswick, PEI and Nova Scotia stayed at a higher rate than economic immigrants nominated by provinces to become permanent residents.

Understanding that higher retention rate is important for Atlantic Canada, where the population is aging and the labour force is shrinking. Don Mills, founder of Corporate Research Associates, calculates that the region will need more than 200,000 new people by 2030 just to keep the economy from stalling. With a negative birth rate, that means attracting immigrants – lots and lots of immigrants. But it’s hard for Atlantic provinces to hold on to newcomers – unless they arrived as refugees. Figuring out why they stay is key.

There are several theories.

Permanent residents who arrive in Canada as refugees are funneled into a rich system of services that most other immigrants miss. They are financially supported for a year so they can learn English or French, settle their children in school and figure out goals for their new life before they join the workforce. In Nova Scotia, refugees have access to a special medical clinic, workshops on how to survive winter, and field trips to learn basic Canadian tasks such as how to take a public bus, open a bank account or go to a health care clinic. There are mentors and tutors for teens, and a drop-in day-care to ensure every parent can go to language class.

Privately sponsored refugees also have the advantage of a dedicated group of Canadians to help them with every aspect of settling in for the first year.

Permanent residents who arrive as workers or investors don’t get that support. Although they are eligible for some services, they are expected to start working right away, and figure out their new country in their time off.

One theory is that refugees settle more deeply into their initial Canadian home because of those extra settlement services.

That theory is behind the policy design of the Atlantic Immigration Pilot, a three-year program to bring more foreign workers to settle permanently in Atlantic Canada. In that program, employers must commission a settlement plan for their employees before they arrive. It’s too early to tell what the retention rate will be of people who immigrate through the Atlantic Immigration Pilot, which launched in 2017.

The settlement theory makes sense, except that refugees who receive the most services aren’t necessarily the ones that are most likely to stay. Federal data shows that refugees in Newfoundland received more services, per capita, than refugees in other Atlantic provinces between 2015 and 2018, but their retention rate was lower.

Professor Tony Fang of Memorial University recently examined why refugees leave that province at higher rates. He found a range of issues driving refugees to leave the island, including lack of employment, social isolation, and a lack of access to health care.

Refugees arrive with larger families than economic immigrants. Some believe that is at the root of higher retention rates; families don’t want to uproot their children after they are settled.

The average government-sponsored refugee family from Syria that landed in Nova Scotia had four people, according to the Immigrant Services Association of Nova Scotia. Federal statistics show that the average refugee family in Atlantic Canada arrived with 3.4 people, while the average family that became permanent resident through an economic immigration program only included 2.5 people.

One of the enduring heartaches of new immigrants is that they can’t bring aunts, uncles, brothers, sisters, nieces, nephews or cousins to live with them in Canada. Refugees have an edge, as Canada’s private sponsorship system is becoming a reunification program for refugee families.

Temples, mosques, churches, synagogues, community groups and private organizations have all sponsored refugee families in recent years. In many cases, those groups are now sponsoring the extended family of recently settled refugees. The new families are eligible for this because they are also refugees. This system only works if refugee families stay where they landed, for they need the community connections to find a group to sponsor their refugee relatives, and to raise the money needed for the sponsorship process.

Sasha Andric came to Canada from Croatia as a refugee in 1996. He believes refugees put more value on personal safety and peaceful communities than many other immigrants.

The most obvious is that refugees who are being supported by the government or by private groups don’t have the money to leave. But he also believes that refugees put more value on personal safety and peaceful communities than many other immigrants.

“Refugees are happy to be someplace safe, and they have lots of kids,” he says.

There is research to back up his theory.

Most immigration retention statistics are based on when and where people file taxes. Ted McDonald, a researcher at University of New Brunswick, has examined provincial health records to look at who leaves and who stays. He found that it wasn’t only official refugees who were more likely to stay, but people who moved to Canada from conflict zones.

That fits Andric’s theory that refugees are less interested in money and more interested in peace, order and personal safety than other types of immigrants.

That’s why he thinks that his home province of Prince Edward Island should be recruiting refugees instead of entrepreneurs to build the local economy.

“This is not a destination for well-off people,” he says. “People who come here for money stay for a year and then go where they can make more money.”

Said Akbar Sadat was born in Afghanistan and arrived in Canada after years of living in Moscow and Istanbul.

“We hated big cities, but here we found a peaceful place,” he says.

Peaceful perhaps, but not comfortable. There was no familiar food. Some local residents mocked his wife’s hijab. His boys were bullied in school.

He says his family stayed partly because they were weary of moving, and this is why the date was important, because it marked the date of their last uprooting.

“We moved so much, we didn’t want to move again.”

Tuesday March 17, 2020
In a message to the PPF community, our President & CEO Edward Greenspon addresses how PPF is re-calibrating and conceiving of new forms of digital engagement.
Read more
Article

It’s not a problem we need to solve, it’s really about good management

Wednesday March 11, 2020
As the world of work continuously shifts, modernizes and innovates, what moves can be made to get and stay ahead when it comes to making work more accessible? PPF co-hosted The Future of Accessible Work panel discussion with Microsoft Canada featuring national and international accessibility leaders & advocates. This speaker series engaged PPF members to learn about accessibility and inclusion straight from the experts. To keep the conversation going and share our lessons learned, we have encapsulated five significant takeaways from the discussion.
Learn moreabout It’s not a problem we need to solve, it’s really about good management
Article

Thursday February 13, 2020
In the sixth edition of our Atlantic Newsletter, our latest report explores how is Atlantic Canada working to retain international students and our Skills Next series looks at what Canadians will need to succeed with the changing nature of work. Plus: a sneak peak at upcoming reports on Atlantic growth & save the date for the 2020 Atlantic Immigration and Revitalization Summit and Frank McKenna Awards Dinner.
Read our Atlantic newsletter #6
Back to top
Tweet
Tweet
Tweet