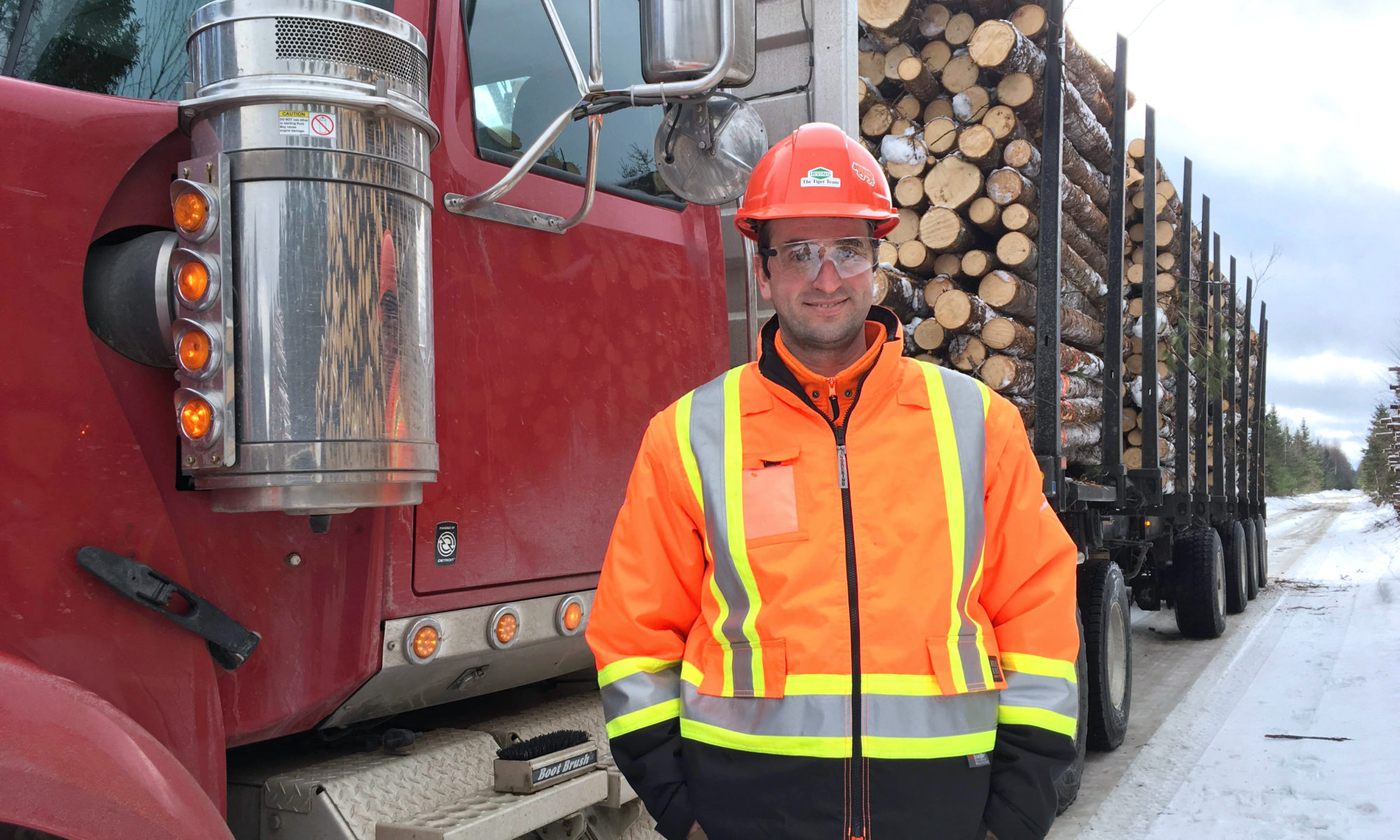 Whether they wear steel-toed boots or ballet slippers, workers from abroad are in high demand in Atlantic Canada. As Kelly Toughill found, successful companies have learned that keeping recruits happy requires more than a paycheque

Susan Wilson made history this year when J.D. Irving Ltd. made her its first director of immigration.

Atlantic Canada’s largest private company has been recruiting overseas for a long time. Employees in its giant IT centre come from 14 different countries and make up 11 percent of the staff. There are scores of foreign-born workers in its forestry, trucking and manufacturing divisions, but the company has never before set up a department dedicated to their needs.
Irving launched a centre of excellence in immigration and put Wilson in charge at the beginning of the year because it knows the labour shortage in Atlantic Canada is poised to go from tough to devastating. The company will hire more than 8,000 people here over the next three years. Francis McGuire, president of the Atlantic Canada Opportunities Agency, predicts that up to one-third of those workers will come from outside the country. He said the region is moving into a labour drought and some businesses will not survive without international recruitment.

“In the 1990s, you’d have a call centre job fair and you’d have 1,000 people. Now you get 31 people and all of them are employed; they are just looking to improve their situation,” he said.

“This is a dramatic change in the landscape of the Maritimes. The paradigm has completely shifted. The public discourse has to catch up, and government policies have to change.”

Reports by the Atlantic Provinces Economic Council, the Conference Board of Canada and a pivotal 2014 Report of the Nova Scotia Commission on Building our New Economy have all warned of upcoming labour shortages. Statistics Canada reported that the region had over 23,000 jobs in the summer of 2017 without the workers to fill them.

In a tour of four provinces, the Public Policy Forum heard repeatedly that the crisis is already here. Big companies, small companies, high-tech start-ups and century-old family firms all reported trouble finding the people they need to operate. The labour shortage is masked by unemployment rates higher than the national average, explained McGuire, because many local residents either don’t have the skills in demand or can’t move to where their skills are needed.

Ganong Bros. Ltd. lost customers this year because it was short 40 workers and couldn’t fill orders for the famous chocolates it has made in St. Stephen, N.B., since 1873.
“We had the most difficult labour recruitment in our history last year,” said CEO Bryana Ganong. “It really stressed our employees during that time because of the heavy workload and the long hours. We lost some business because we couldn’t fill orders and we weren’t able to aggressively go out and look for business.”

Len Tucker owns Tim Hortons franchises in Deer Lake and St. Anthony, N.L. He, his wife and his daughter all work full time in the family business because they are chronically short five or six employees.

“If someone walks in the store, we hire them,” he said. “We don’t let them leave. We don’t even let them go out the door.”

Many are working on solutions.

All four provinces have developed immigration streams that help employers recruit workers from outside Canada. In 2017, the federal government established the Atlantic Immigration Pilot, a three-year experiment that gives business a lead role in deciding who can settle in Canada.

The hope is that the new program will convince workers from abroad not just to stay for a while, but to bring their families and put down roots. Employers can recruit internationally without going through a lengthy approval process that requires advertising for Canadian workers, but they must develop a settlement plan to help employees adjust to Canadian life. The bonus for workers is they can bring their families with them and they are fast-tracked for permanent resident status. In some cases, the Atlantic Immigration Pilot can shave years off the time it takes a foreign national to become a permanent resident of Canada.

This is a dramatic change in the landscape of the Maritimes. The paradigm has completely shifted. The public discourse has to catch up, and government policies have to change.

As of Feb. 1, 2018, almost 900 employers in Atlantic Canada were approved to participate in the program, and more than 1,000 employees had either applied for permanent residence through the pilot program or were preparing their paperwork to do so. As of Jan. 31, 2018, Immigration, Refugees and Citizenship Canada (IRCC) had approved 150 applications for permanent residence through the program. The pilot did not meet its ambitious goal of bringing 2,000 workers into the region in its first year, but it is picking up speed quickly, in part because the Atlantic Canada Opportunities Agency has dedicated 15 staff just to visit employers and help them understand the benefits of the program – and how to do the paperwork.

“This translates into new workers and their families arriving in Atlantic Canada every month to fill job vacancies and help grow the economy,” IRCC communications adviser Faith St. John wrote in response to a query about the program.

“We are still in the early stages of the pilot and are receiving very positive feedback from employers, service provider organizations and our provincial partners. As with any new program, our focus at this point is on increasing awareness of the program among employers and applicants.”

Day & Ross Transportation Group was one of the first companies to bring workers to Canada using the Atlantic Immigration Pilot. It took about eight months to get through the paperwork; two computer programmers from India arrived in November and an IT specialist from Cuba arrived in December.

“There is a worldwide shortage of labour in our industry,” said Mark Osborne, vice-president of human relations for Day & Ross.

Trucking is not the only traditional job that has been transformed by technology. When Irving puts out a call for forestry workers, it is no longer looking for strong backs and well-oiled chainsaws. The company now uses a sophisticated light-detection system to chart every tree, stream, slope and gully in the forests that it owns and manages. Cutting down trees has turned into a computer job. Workers still operate machines, but they are looking at a computer screen guided by more than 25 billion data points. The axe has given way to the joy stick.

A key part of the Atlantic Immigration Pilot program is getting employers to go beyond their traditional role and help newcomers thrive outside of work. The theory is that recruits will only stay if they are happy.

That kind of on-the-ground support is something the Atlantic Ballet Theatre has been doing for more than a decade. The Moncton, N.B.-based dance company has perfected many of the best practices that big business is now being urged to adopt.

“Our viability depends on foreign workers,” said co-founder and CEO Susan Chalmers-Gauvin. “We have to pay very close attention to our people to see if they are happy or if they are sad. I am always keeping an eye (out).”

Of its 21 full-time employees, 12 are immigrants. They come from nine different countries. In the studio, no two dancers have the same nationality.

Operations manager and former company dancer Louis-Philippe Dionne scouts apartments for new recruits before they arrive. He meets dancers at the airport, takes them to Service Canada to get a social insurance number and to the bank to set up an account. The company brings a retired professor into the studio for English lessons before and after rehearsals. Dancers are escorted to church, to the supermarket and the mall. Dionne makes sure the dancers have good winter boots and a coat and links the dancers to local families who share their culture.

Chalmers-Gauvin said she spends up to 20 percent of her time dealing with cultural and immigration issues.

“As an employer, we make a lot of space for this. It is inefficient for certain kinds of businesses to do this. It takes time and a lot of care. If I were a bank, would it be worth it?”

It’s worth it for J.D. Irving. Its new centre of excellence has three main tasks:

A big part of Wilson’s job is also figuring out what the company is already doing. She is working on a census that will show where workers recruited overseas are employed throughout the company, and where recruitment has worked in the past.

But it is also her job to develop the new best practices that will help J.D. Irving find and retain the people it needs and help Atlantic Canada reverse the demographic decline posed by an aging population.

Irving already does many of the things recommended by the pilot program. It works with settlement agencies to ensure international recruits get information that will help them adjust. Recently Irving has gone a step further. Now it is working on getting small towns in New Brunswick to adapt to the influx of newcomers.

The company has held two cultural training sessions with local leaders and Irving staff: one in Sussex and one in Chipman. They took turns role-playing through different scenarios and had a chance to ask questions about what to expect when the newcomers arrive.

“I know it increased awareness,” said Wilson. “I saw it.”

McGuire said the next task is education for the whole region.

“This has completely changed the mentality in the Maritimes,” he said. “We are going through a massive education piece. It is a tremendous sociological challenge.”

The Atlantic Ballet Theatre will soon premier Alien, a new piece choreographed by co-founder and artistic director Igor Dobrovolskiy, a native of Ukraine who came to Canada 17 years ago.

The ballet explores the immigrant experience. ACOA has funded the company to stage immigration summits that will combine performances with day-long workshops about immigration challenges.

Gerry Mills is executive director of the region’s largest settlement agency, the Immigrant Services Association of Nova Scotia. She said there is already a profound shift in local attitudes to immigration. For most of her career, she said, she delivered presentations about the benefits of immigration. Now everyone already gets that. They just want to hear how to help.

“The naysayers are gone,” she said. “It’s a really exciting time.” 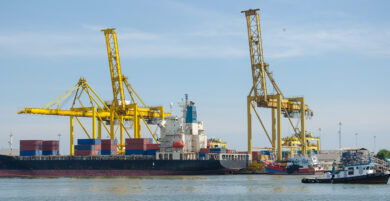