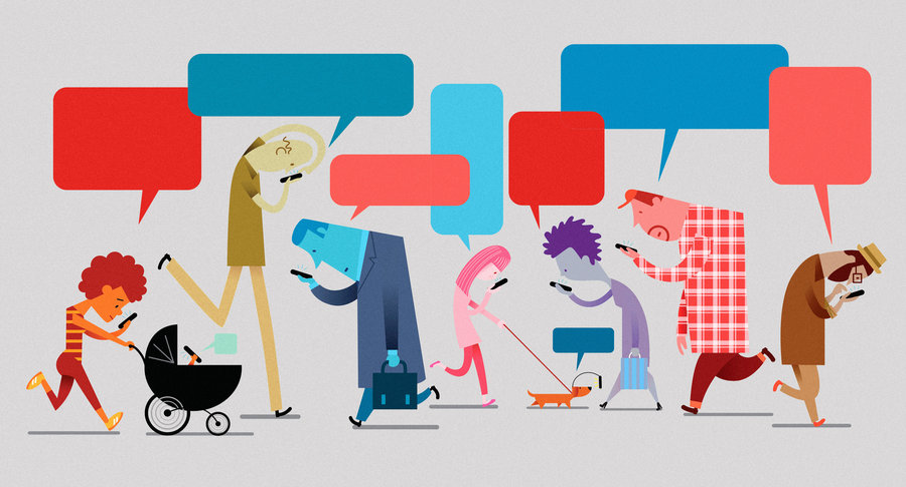 Are we amusing ourselves to death while darker forces of disinformation undermine our democracy? By Edward Greenspon

Edward Greenspon, President and CEO of the Public Policy Forum, delivered these remarks at PPF’s annual Testimonial Dinner and Awards on April 12, 2018 in Toronto.

I want to take a very few minutes tonight to talk about the current state of democracy, a subject that occupies a lot of our thinking at PPF and I’m sure yours, too.

Let me set the scene. “It was a bright cold day in April, and the clocks were striking thirteen.” That’s the chilling opening line of George Orwelll’s 1984.

With some notable exceptions, most of us owe our good fortune to having grown up in a liberal democracy, where we enjoy the freedom to shape our personal future.

And where we have the means to be informed, and the institutions within which to manage our inevitable disagreements.

Polarization over pluralism, strongmen over stateswomen, expediency over constitutionalism, truth often the first casualty in a new form of war.

Implicit in our PPF motto is that bad policy, or inert policy-making, leads to poor outcomes. As we’ve seen elsewhere.

That’s why Good Governance and Healthy Democracy is one of our five areas of special concentration.

There is a familiar way democracy is attacked.

For those of us who grew up in the 1960s and 70s reading the novels of Orwell, Bradbury, Kafka, Koestler and Solzhenitsyn, the threat came from authoritarianism and totalitarianism. As a European-based foreign correspondent in the late 80s and early 90s, I had the privilege of covering the demise of communism – and of connecting the dots between ideas and people and people and ideas.

I met with people throughout the Soviet bloc in cafes and church halls, around their kitchen tables and as they took back the streets from the likes of the Securitate and Stasi. I heard about the big and small ways the state had stripped them of dignity and eroded their trust in one another.

And I watched as they relit the candle of freedom and reconstituted their broken civil societies.

I recall meeting a young man in early 1989 after Sunday Mass in Warsaw. He was peddling Commodore 64 computers smuggled from Germany. I asked if he would get in trouble. Only if he sold modems, he said.

Unlike in a democracy, the thing the authorities feared most was people communicating with each other. Then there’s the newer way democracy withers. In his wonderful 1985 book Amusing Ourselves to Death – still so relevant today – U.S. media academic Neil Postman put forward an alternative to the Orwellian view of democracy dying – one inspired instead by Aldous Huxley’s Brave New World.

In Huxley’s world, Big Brother is not watching us. Instead, we choose to watch him – often for hours on end.

I’m sure this OTHER danger to democracy sounds familiar, It comes from distraction, from disorientation, from the erosion of commonweal – those shared values, information and purpose that bind democratic societies together.

Huxley said, “A really efficient totalitarian state would be one in which [people] … do not have to be coerced, because they love their servitude.”

Last year, the Public Policy Forum released a major study on the decline of the news media called The Shattered Mirror: News, Democracy and Trust in the Digital Age.

We continue to work on how to counter the pollution of our concourses of communications by disinformation and hate, and the sub-division of the new digital public square by filter bubbles and echo chambers.

We were pleased to see some movement in the budget, but the agents of disinformation are on the rise and authentic journalism is in decline.

In recent weeks, we’ve heard a lot about the abuse of personal data for political purposes.

This is serious stuff.

But it is also just a subset of something much bigger going on. Although social media is an accelerant, we’ve already been busy Amusing Ourselves to Death to the detriment of an informed and engaged citizenry.

We are more connected than ever, but less committed.

And here’s where labour market disruption, as discussed at today’s Canada Growth Summit comes into the picture. Because a society in which work becomes less secure, and incomes yet more unequal, and governments don’t help people adjust, is a fertile society for the rise of digitally enhanced populism.

As you heard earlier, the Future of Work will be one of our other major areas of concentration over the next several years.

We’re grateful for TD’s vote of confidence. And we are eager to work with many of you.

Canada needs far-sighted policymakers to represent the public interest and safeguard our precious social cohesion against those who would undermine them for reasons of profit or ideology or geo-political advantage.

And so we are proud tonight to honour such far-sighted, unifying leaders as Beverley McLachlin, Mark Carney and Richard Dicerni.

And to honour those who shine a critical light when we veer off course, such as Mary Walsh and Michael Donovan and Francine Pelletier.

And, of course, those we count on to produce a more just and inclusive future, such as Caitlin Tolley.

Ladies and Gentlemen, I’ve been around the internet so long that I’m culpable for this – the original home page of globeandmail.com in 2000) I still believe the internet, like the printing press, is a historic force that gives voice to new speakers and new ideas, such as with the #MeToo movement.

But it will take clarity by policymakers to ensure that:

And that the internet is a place of transparency and civility.

On a grander scale, we need to be responsive to the dangers of distraction, disinformation and division.

We need to make sure we don’t succumb in our times to the opiate of Amusing Ourselves to Death.

I think it’s probably best to think of Orwell and Huxley on a continuum. They both would agree on the foolhardiness of allowing the gift of democracy to be put at risk, whatever the provocation.

Ladies and Gentlemen, there is no 13th hour on the clock face of a healthy democracy. Let’s be vigilant and keep it that way.

Lessons in Resilience: Canada’s Digital Media Ecosystem and the 2019 Election

Thursday May 7, 2020
Canada's 2019 federal election provided a unique opportunity to investigate mis/ disinformation. The Digital Democracy Project looked at 12 threats to citizens' online sources of information to uncover how resilient Canadians' are in the face of disinformation. Read the main findings to better understand polarization and about online media bubbles in which Canadians live.
Discover how disinformation affected Canada's 2019 election
Article

Thursday April 2, 2020
Whatever one’s view of the oil industry, we will all be better served by an orderly transition over the current chaos. Oil's implosion in provinces such as Newfoundland, Saskatchewan & Alberta is forcing a 30 year transition in 30 days, and PPF President & CEO Edward Greenspon says we need to be strategic in leveraging the current crisis to stimulate economic activity while addressing climate change.
Read what an orderly process could look like
Article

Tuesday March 17, 2020
In a message to the PPF community, our President & CEO Edward Greenspon addresses how PPF is re-calibrating and conceiving of new forms of digital engagement.
Read more
Back to top