How can Canada trade with the world’s second-biggest economy without getting burned or selling out its values? The first step is to have a serious national conversation about it, PPF President and CEO Edward Greenspon tells Newstalk770 in Calgary.

Listen to the interview

Is China a friend or a foe? That’s the question Danielle Smith, host at Calgary’s Newstalk770, had for Public Policy Forum president and CEO Ed Greenspon on her July 6 show. It’s a question many Canadians have. For Greenspon, co-chair of the new Consultative Forum on China, the answer lies in having a serious and balanced national conversation about how we can engage the Asian giant in a way that Canadians can accept. Because we simply can’t ignore it: China is already our second-biggest trading partner, it has the world’s second-largest economy, and it’s growing even faster than the United States’ economy. And Canada needs to diversify as its once-stable access to the American market becomes increasingly precarious. But it’s not easy: China is not a democracy, nor does it operate like Canada’s traditional free-trade partners.

“I think we need to know what our relationship is with China. What is in Canada’s interests?” Greenspon said. “Canada’s economy only grows if it trades, and Asia is the fastest-growing part of the world. What is our strategy?”

Listen to the interview

More info
Consultative Forum on China
Publications
Diversification not Dependence: A Made-in-Canada China Strategy
Events
PPF Fall Dinner 2019 | Stuck in the Corner: The U.S.-China strategic rivalry and how Canada plays it
Articles
China and Canada in an Era of Global Disruption
Canada-China meeting: National Security and Human Rights
A Mouse Sleeping Next to a Dragon: New Twitches and Grunts
Canada-China Session 2: a discussion of national security, human rights and geoeconomics
The Canada-China Relationship
Canada-China Session 1: Setting the stage, public opinion trends, approaches to trade
Canada’s China puzzle: We need a national discussion
Toward ‘eyes-open’ engagement with China
News
CBC Analysis: NAFTA talks forced Canada to pick a side in U.S.-China trade war
Tom Walkon at the Toronto Star: How Canada can break its dependence on the United States
Business in Vancouver: Canada should turn to sector-specific deals with China in light of USMCA, report says
Maclean's Op-ed: How Canada can work on trade with China—without angering America
CBC: Canada can avoid offending U.S. by pursuing sectoral trade with China: report
We need a China strategy, so let's get it right
Tags: Canada Economy Trade
Related Articles
Article 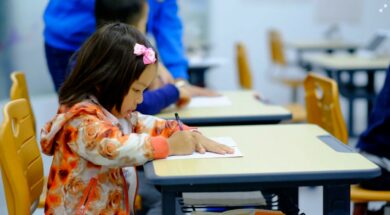 Friday May 6, 2022
Indigenous children are gifts from the creator. They come into this world to be nurtured, encouraged and supported. Children choose their parents and in return, their parents have an inherent responsibility to help them find their gifts so that they may flourish. Historically, parents and extended family were the primary...
Learn moreabout Indigenous Child Care Workforce Development Snapshot
Article 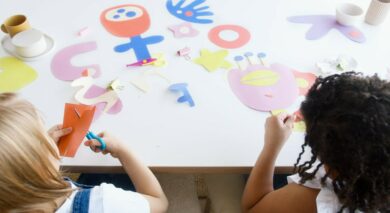