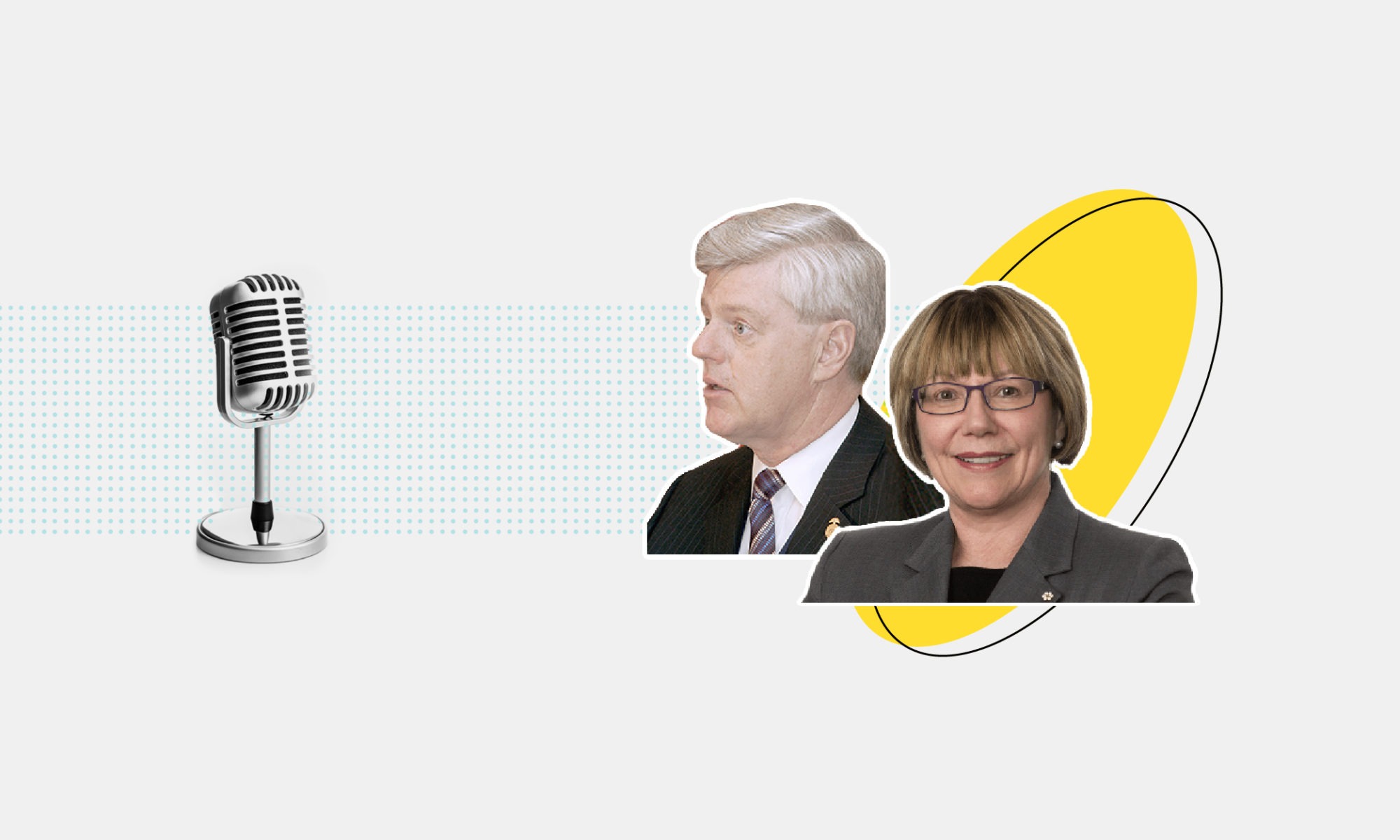 Ep.2: Governing Through a Crisis

With Anne McLellan & John Manley
Host Edward Greenspon is joined by two former Deputy Prime Ministers of Canada, the Hon. Anne McLellan and the Hon. John Manley. They provide insights from the cabinet table during 9/11—Anne was Justice Minister and John was Minister of Foreign Affairs at that time—and share how this COVID-19 crisis is different. Plus, what comes next? They discuss responding to past global crises such as SARS and what that can tell us about the world after COVID-19.

In the second episode of our Policy Speaking podcast, host Edward Greenspon is joined by the Hon. Anne McLellan and the Hon. John Manley, to discuss their experiences and insights around governing through a crisis.

The Honourable Anne McLellan served four terms as the Liberal Member of Parliament for Edmonton Centre from 1993-2006. Ms. McLellan provides national and international strategic planning assistance to the firm’s clients. During her political career, Ms. McLellan was Deputy Prime Minister of Canada, Minister of Public Safety and Emergency Preparedness, Minister of Health, Minister of Justice and Attorney General of Canada and Minister of Natural Resources and Federal Interlocutor for Métis and Non-Status Indians.

Prior to entering politics, Ms. McLellan was a professor of law at the University of Alberta, where she served at various times as Associate Dean and Acting Dean. In May 2015, Ms. McLellan became Dalhousie University’s seventh chancellor. And she is currently a senior advisor at Bennett Jones.

The Honourable John Manley joined BNN Bloomberg to share his insights on the federal government’s $82-billion aid package to support Canadians and the economy in response to COVID-19. He spoke about the uncertainty and challenges that businesses face and how the next step in federal support could be the deferral of all payments to government — not just for income tax.

He served as Liberal Member of Parliament for Ottawa South from 1988 to 2004, and was Deputy Prime Minister between 2002 and 2003. Mr. Manley is one of the most highly respected business leaders in Canada. For over a decade, he served in the Federal Government as Canada’s Deputy Prime Minister, Minister of Foreign Affairs, Finance Minister and Industry Minister. More recently, he was President and Chief Executive Officer of the Business Council of Canada.

Thank you both very much for joining us and sharing your expertise!

Trending Topic Rebuild Canada & the Global Response to COVID-19
Articles
Op-ed: First Nations are not obstacles but an opportunity to get things done in just and sustainable ways
Op-ed: With a federal budget pending, do fiscal anchors still matter?
Op-ed: Perception and reality across Canada’s urban-rural divide
Redesigning CERB for a Partial Reopening of the Economy
A Policymaker’s Recovery Agenda for Higher Education
More Lessons from World War II: What's Next for the Government's Finances
Rebuilding Work as We Know It: Flexibility, Child Care, and a Stronger Social Safety Net
Hodgson: What’s Required to Re-Open the Economy
Asselin & Speer: COVID-19 shows us why Canada needs a challenge-driven growth strategy
Podcasts
Ep.50: Can Canada Build Better Infrastructure?
Ep.49: Does Canada Have a Plan for Economic Growth?
Ep.48: Taking Note of Mental Healthcare
Ep.47: The Cutting Edge of Carbon
Ep.46: Caring for Canada's Seniors
Ep.45: Canadian Railroad Trilogy - Pandemic Edition
Ep.44: More Than an Economic Recovery
Ep.42: Our Forced Telework Experiment
Ep.41: She-cession – Unprecedented and Uneven
Ep.40: Realities for Black Canadians in COVID-times
Ep.39: Are Rural Areas Being Left Behind?
Ep.38: A Growth Plan for Canadian Industry
Ep.35: Isolated and Anxious, but Not Alone
Ep.33: 5G on the Horizon
Ep.29: More Runway for Airports and Canada's Aviation Industry
Ep.28: What is Reconciliation About?
Ep.26: ABCs of Economic Recovery
Ep.20: Systemic racism in Canada - a conversation with Minister Hussen and how we can #DoBetter
Ep.19: The Future of Energy – Re-stabilizing an Industry
Ep.18: Getting the Future of Work Right in Unprecedented Times; Part 2 of 2
Ep.17: Getting the Future of Work Right In Unprecedented Times; Part 1 of 2
Ep.16: The Adaption Advantage - Sustaining adaptability in the workforce post COVID-19
Ep.15: Leveraging Immigration & Mobility For Economic Growth Post-COVID-19
Ep.12: Unpacking Labour Force Trends from COVID-19
Ep.9: A Challenge-Driven Industrial Strategy for Canada
Ep.7: The Realities of COVID-19 on Provincial and Federal Budgets
Ep.6: Extending a Lifeline to Canadians in the Sharpest Economic Downturn of our Time
Ep.2: Governing Through a Crisis
Tags: Crisis Governance & Democracy Politics
Related Articles
Podcast

A Canadian Medical Hall of Famer, Dr. David Naylor was the Chair of the committee looking at Canada's response to SARS in 2003. He joins host Edward Greenspon for a discussion about what we're learning about and from the COVID-19 pandemic. What did Canada look like after SARS and what will Canada look like beyond COVID?
Learn what the SARS epidemic can teach us about COVID-19
Article 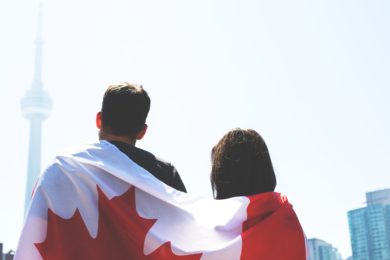 Bohunicky: Is This How Government Should Work in a Time of Crisis?