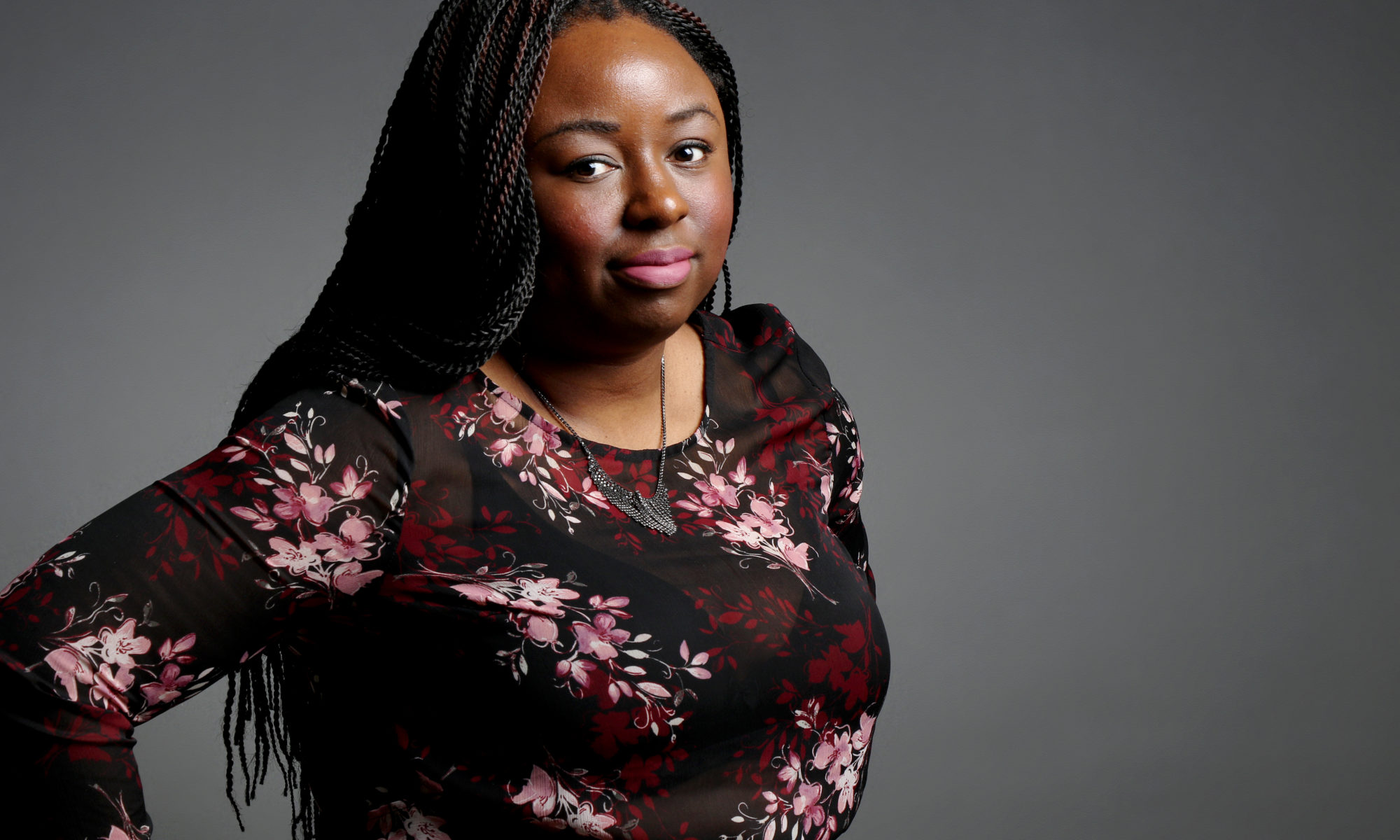 The black funnel: #MeToo, #BlackLivesMatter and I

An Action Canada op-ed
Action Canada's Kharoll-Ann Souffrant '20 weaves together #MeToo and #BlackLivesMatter with her own experience and calls for judicial and cultural change to eliminate this 'persistent global scourge'.

Action Canada Fellows are asked to write an op-ed during the course of their fellowship year to show the potential impact of this medium. This piece originally appeared in French in La Presse on July 10, 2020 and was translated by Nicole Kennedy.

I’m a survivor. As a child involved in sports, I was sexually assaulted by an adult in a position of authority. It was not the #MeToo movement that spurred me to denounce this violence. Rather, it is the #BlackLivesMatter movement and recent anti-Black racism demonstrations that have given me the strength to speak my truth after 10 years of silence.

My experience of violence was multidimensional. Yes, my youth, gender and the resulting power imbalance were factors. But for several years I was also the target of my attacker’s denigrating comments about the colour of my skin and my socio-economic status.

My abuser regularly mocked the neighbourhood where I grew up, calling it a “ghetto.” He insulted me and my family because I was raised by a single stay-at-home mom.

He often said he was embarrassed to be seen with me in public because I am Black. He said I should never go to Haiti, even though it was my dream to see the land of my ancestors, because, in his opinion, it was “a country of crazy people.” My attacker was not a Black man. But he was abnormally obsessed the colour of my skin, an obsession that he would express to me in any way he could, and I didn’t know how to respond to it other than with confused silence.

As a Black teenager, born and raised in Quebec, hearing these hurtful comments on a regular basis from an adult I trusted left a lasting impression. The assaults had a profound impact on my mental health, self-esteem and cultural identity. The weak representation of Blacks in the cultural and media spheres, as well as the racism I experienced in school, exacerbated the impact of this violence. When Black people are not made invisible, they are presented as undesirables. Ultimately, this omnipresent discourse colours our interpersonal interactions. It influences the way in which our Black bodies, in particular Black women’s bodies, are perceived in our society.

Although scarred for life by this traumatic experience, I am freeing myself from its shackles. I no longer feel shame. I refuse to apologize for existing. What happened to me was not my fault. I am a valuable  person. My attacker had a responsibility to promote the healthy development of young people, a responsibility that he failed miserably to fulfill. I deserved better.

I’m writing today not to seek pity or advice. I am speaking out to put a face on a situation that has been inadequately addressed in Québec. I am speaking up in defence of the teenage girl I once was, who nobody protected or was able to defend.

The resurgence of accusations on social networks points to an endemic social evil. I hear stories like mine every day  from childhood girlfriends, in my role as a community or social worker, when I give talks, and in my research work. Sexual violence pervades every sphere of life, including schools, universities, the arts and cultural spheres, work, the army, and the family, to name just a few. As Mélanie Thivierge, executive director of the Montréal YWCA, wrote in La Presse in December 2019, “Cette violence, elle est partout” [this form of violence is everywhere]. Her recommendation to hold a public inquiry on this social problem merits serious consideration.

The tip of the iceberg

To be sure, accusations posted on social media have personal, family, legal and social consequences that demand reflection. Deciding to keep quiet has consequences, too. What we need to understand from this recent wave of accusations is that our society is insidiously forcing survivors into the narrow confines of a funnel. It is the symptom of a generalized lack of trust in the legal system with regard to sexual violence. We are still in this position today because of the lack of adapted, accessible options that are tailored to survivors’ needs. Despite #MeToo in 2017. And despite #beenrapedneverreported in 2014. There will be more waves like the one we’re experiencing in Québec today. We’re still seeing only the tip of the iceberg.

Our society is failing to prevent sexual violence and protect victims. We are collectively responsible for this crisis of confidence.  With regard to sexual violence, there is a gap between legal equality and substantive equality. A fundamental and cultural change is needed.

We must collectively expand the scope of justice and reparation options beyond the criminal justice system, which tends to re-victimize survivors, particularly women survivors from Black communities.

Québec has the capacity to do better. We can set an example and set the tone in this fight, because sexual violence is a persistent global scourge in 2020. Let us be visionary and ambitious. Let’s be part of the solution, each in our own way. Let’s have the courage to flip the funnel upside down and move toward a greater openness. We should applaud recent legislative changes such as the abolition of the statute of limitations for reporting sexual assault in civil cases and the adoption of the Act to Prevent and Fight Sexual Violence in Higher Education Institutions. These are signs that our society is evolving. But, much remains to be done.

This collective discussion is difficult and uncomfortable but necessary. It has begun and now must be continued. We need to be more vigorous in this fight and show solidarity with all the survivors. We must fight this scourge on several fronts, both in its most visible and insidious forms. Like anti-Black racism, sexual violence is systemic. It is critically important to clearly spell out the interlocking nature of these different forms of oppression, a reality that tends to be overlooked in public policy and programs on sexual violence in Québec. We are fighting not only for the survivors, past and present, but also, for our future as a society. 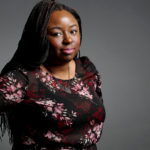 Born in Montreal and of Haitian origin, Kharoll-Ann Souffrant is a social worker and speaker. She is a doctoral student at the University of Ottawa and a Vanier scholarship recipient. Her thesis focuses on sexual violence experienced by black women in Quebec in connection with the #MoiAussi (#MeToo) movement of 2017 and #AgressionNonDénoncée (#BeenRapedNeverReported) movement of 2014. Kharoll-Ann holds a bachelor’s and master’s degree in social work from McGill University and a college diploma in delinquency intervention techniques from the Collège Ahuntsic. She has worked as a volunteer, counsellor and social worker with populations with a variety of psychosocial difficulties as well as in the health and social services network.

In recent years, Kharoll-Ann has become particularly known for her activism against sexual violence against women and for promotion of mental health. She has been a sought after speaking since 2015.  Kharoll-Ann is regularly called upon to participate in the media on themes related to her areas of expertise in both English and French.

For her commitment, Kharoll-Ann has received some twenty community and university awards including the Young Woman of Merit award from the Montreal YWCA, the Terry Fox Humanitarian Award and the Relève award from the Ordre des travailleurs sociaux du Québec. She was named one of the most distinguished personalities of 2016 by the Journal de Montréal and ELLE Québec magazine. Winner of Black History Month in 2020, Kharoll-Ann was included in a list of 100 black women to watch across the country published on the occasion of the Canada International Black Women Event.

Often described as a quiet force, Kharoll-Ann aspires to a career in teaching and university research in social work. Through each of her actions, she fervently wishes to embody the adult she needed when she was younger, for the greatest number of people. 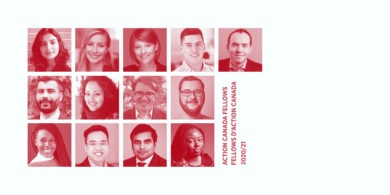 Wednesday June 3, 2020
Welcome the 13 Fellows making up the 2020/21 Action Canada cohort. This year’s Fellows will also have an opportunity to work directly on policy solutions for rural and urban dimensions of the future of work in a post-pandemic world.
Learn more about the new Fellows
Article 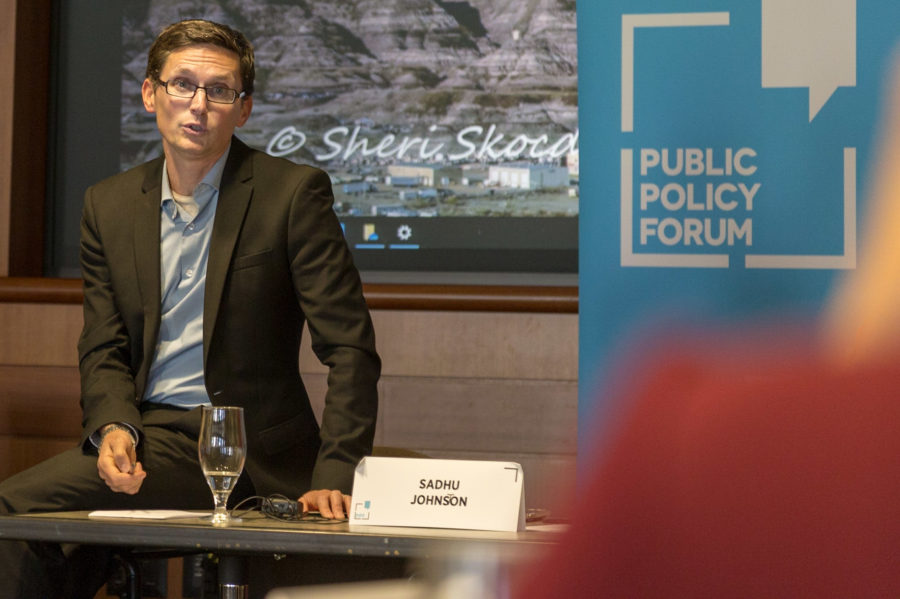 How to talk so people will listen: A lesson from Sadhu Johnston, City Manager of Vancouver

Monday July 8, 2019
“So, who are you, and what do you want to learn from me?” Vancouver's City Manager Sadhu Johnston goes off script when meeting with Action Canada Fellows.
Read Fellow Isabelle Duchaine's take on the afternoon
Article 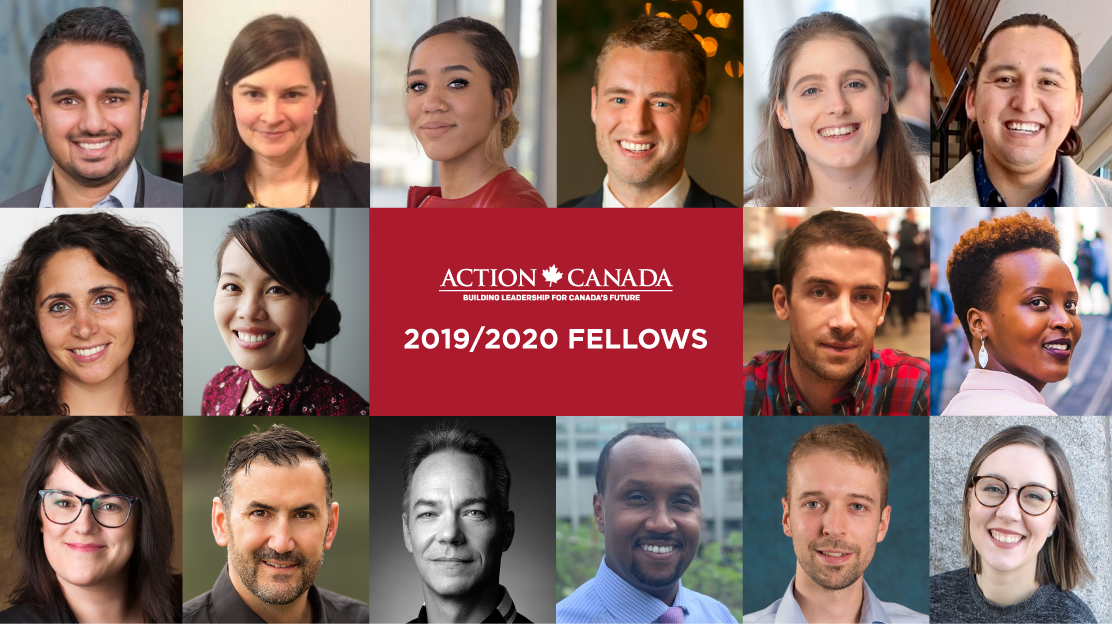 Friday May 31, 2019
The 16 new Fellows from across Canada will be focusing on the Future of Work.
Meet this year's Action Canada cohort
Back to top