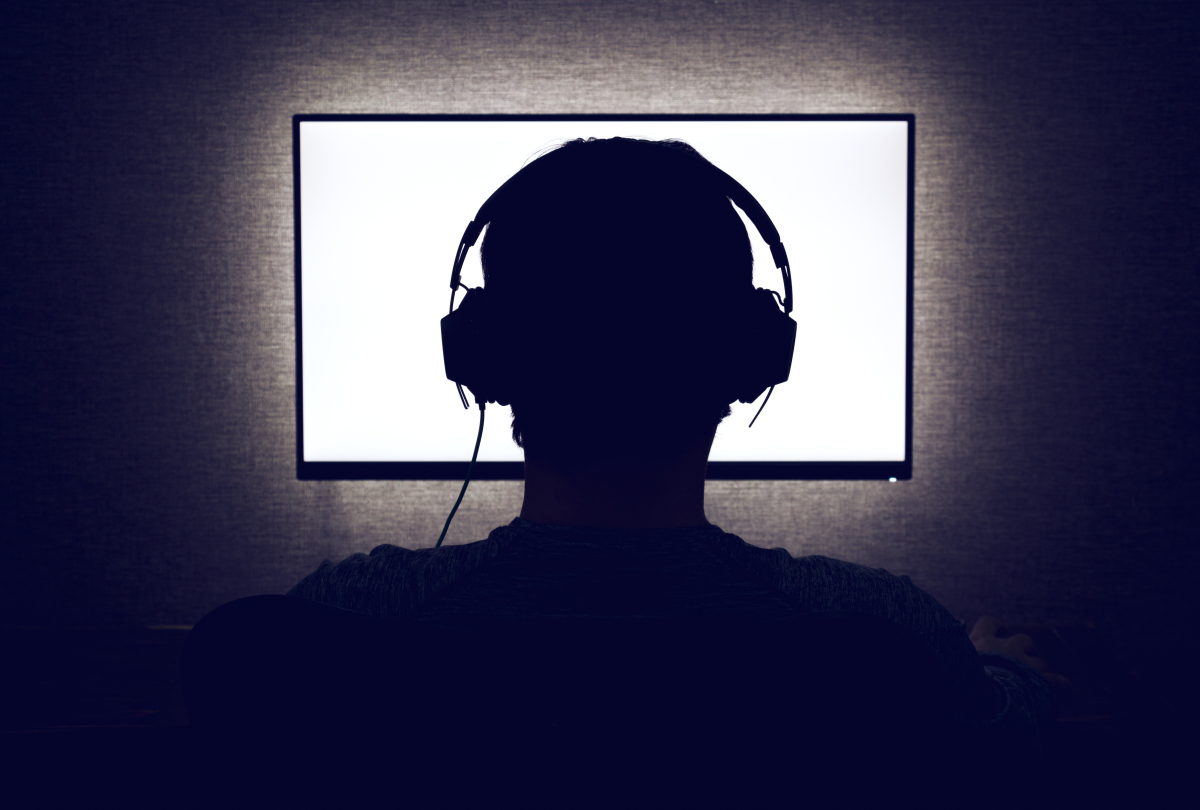 Summary Report
Project: Policy Approaches To Harmful Content Online
Canadian society has the resources to operate more effectively than violent extremists — and at scale — said panelists at two PPF events on countering radicalization online. Participants made recommendations in four policy areas to combat hate that festers without intervention, which not only threatens public safety, but the human rights and lived-experiences of all Canadians.
Table of Contents

Hate that festers without intervention is not only a threat to public safety, but its tragic outcomes have implications for the fundamental human rights of all people in Canada. The horrific attack in Christchurch, New Zealand on March 15, 2019 served as a chilling reminder that online hate and real-life violence are inextricably linked. The violence is worryingly similar to other hateful acts motivated by racism, religious intolerance, sexism and xenophobia. We should all be deeply troubled by the rise in hateful incidents here in our country and around the world, and the role that online hate plays in facilitating them.

The Public Policy Forum (PPF), joined forces with the Canada Centre for Community Engagement and Prevention of Violence at Public Safety Canada (PSC), and the Canadian Human Rights Commission (CHRC), with support from the United Kingdom High Commission and the Embassy of the Kingdom of the Netherlands. On March 26, 2019, it convened an evening session featuring two panels on the topic of hate. The first panel presented perspectives of Canadians who have directly experienced acts of hate. The second panel served as an exploratory forum to identify potential solutions to the unique challenges presented by online hate.

Panelists in both sessions agreed that online platforms have not fundamentally changed the nature of hate. However, they have provided unprecedented opportunities for individuals and groups to broadcast harmful content and recruit adherents to hateful ideologies. The internet has become a new ‘town square’ where people can gather, build communities and share ideas. Unfortunately, the anonymity associated with virtual spaces emboldens individuals to broadcast their ideas with little oversight or accountability. Although the internet has occasionally amplified positive messaging (e.g. #MeToo), it has also enabled the rise of populism and harmful ideologies. A common thread throughout the session was how organizations that are actively involved in combating violence and hateful content often lack the resources and capacity to address the unique challenges related to hate facilitated by online technology. For example, one panelist discussed this challenge through the lens of sexual violence and how community counselors lack the resources to respond to emerging technology that facilitates hate online.

Hate is not always overt. While subtle acts of hate result in similar outcomes, they are more difficult to remedy because they lack the same degree of publicity and condemnation. Several examples were raised by a panelist who explained how this phenomenon applies to Indigenous peoples, including in the form of forced assimilation. One panelist spoke extensively about how hate directed at Canada’s Jewish communities is often underreported, which contributes to a false assumption that antisemitism is no longer a significant issue in Canada. Because state-sponsored antisemitism no longer exists and government officials regularly express broad support for the Jewish community, even members of the Jewish community question the prevalence of antisemitism in Canadian society, the panelist explained. At the same time, however, antisemitic acts of violence have increased over the past several years. In some cases, members of the Jewish community do not realize the devastating impact of ongoing antisemitic hate until it is directed towards them. The same can be said for all Canadians. For people to have a full understanding of the consequences of hate they must first, unfortunately, know that it exists. This requires responsible media coverage of lived experiences.

Although it is everyone’s responsibility to combat hate wherever it manifests, there is often an undue burden placed on victims of violence to be their own advocates. A panelist used the example of Islamophobia to describe this phenomenon. Islamophobia is the by-product of ignorance, but Muslims are often unfairly burdened with educating the public and defending their faith or the way they express it. This constant pressure to defend a fundamental component of one’s identity can have extremely negative consequences, including the manifestation of self-hatred. It also creates a barrier to dialogue. Victims are presented with the excruciating question of whether and how to engage with people who believe they should not exist.

The battle against hate will be constant and unending. Ignorance and ’othering’ will always exist. But, just as violent extremists use the internet to spread harmful content, individuals and organizations working to combat hate can use the internet as a force for good. Panelists agreed that society has the resources to operate more effectively than violent extremists. And we can do so at scale.

Canadians should be proud to live in a society that is largely forward-looking and often leading international efforts to combat hate in all its forms. Yet the experiences shared during these panel discussions should remind us that hate exists in Canada and we cannot be complacent.

Appeared in The Globe and Mail. 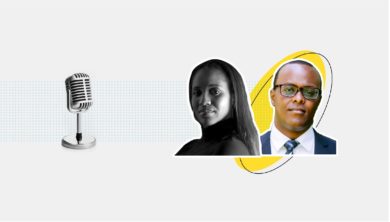 Listen in with Nadine Spencer and Mohamed Elmi

Nadine Spencer, President of the Black Business and Professional Association and Mohamed Elmi, Director of Research at the Diversity Institute discuss walking the talk when it comes to addressing systemic racism. Nadine and Mohamed share the challenges black business people have long faced, and society has only recently begun to acknowledge. From financing in the COVID-19 pandemic, to the fact that only 13 black individuals were identified from over 900 corporate boards positions in major cities in Canada, this wide reaching conversation really puts the challenges and hopes for a better Canada in perspective.
Learn about systemic racism
Policy Speaking 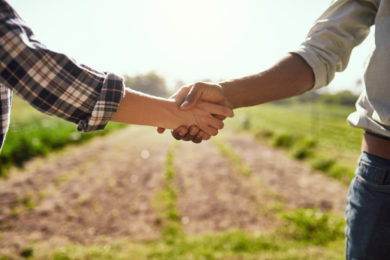 Sean Speer is PPF's Prime Ministers of Canada Fellow, and Peter Loewen is a Professor in the Department of Political Science and the Munk School of Global Affairs & Public Policy.
Learn moreabout Op-ed: Perception and reality across Canada’s urban-rural divide
Other Publications
Publication 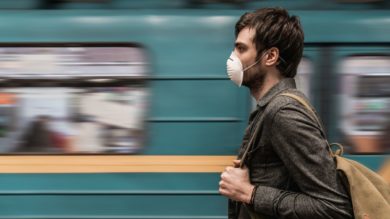 "Support for a Canadian 'Vaccine Passport'" is the second piece in a six-part series focused on attitudes about COVID-19, vaccine hesitancy, public trust and support for government, and how this is all changing over time. The project is authored by Dr. Peter Loewen and is based on data collected by the Media Ecosystem Observatory (MEO).
Learn moreabout Report 2: Support for a Canadian “Vaccine Passport”
Publication 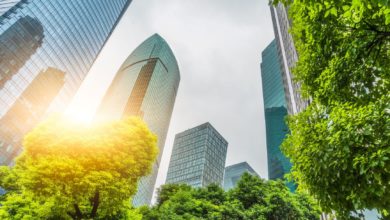 Canada has been trailing behind global developments in sustainable finance, though serious work – particularly in the private and not-for-profit sectors – is underway to develop and implement plans that support a sustainable outcome. If the sustainable finance market is to expand, Canada must provide comprehensive data and information and also offer policy and regulatory certainty for both providers and users. This report offers recommendations in four key areas.
Learn moreabout Sustainable Finance 2
Publication 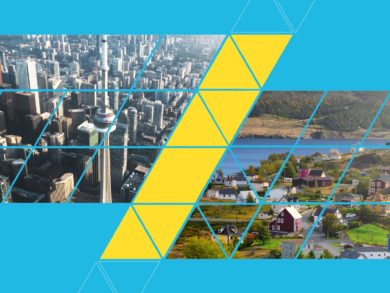 Measuring the Perception Gap Between Urban and Rural Canadians

Political polarization is growing across the globe. In this first report on the urban-rural divide in Canada, Sean Speer teams up with Peter Loewen and the University of Toronto’s Policy, Elections and Representation Lab (PEARL) to explore the theory that a “perception gap” exists between those who live in cities, the suburbs and rural communities. How do Canadians' distorted beliefs of one another’s circumstances fuel polarization?
Read more
Back to top
Tweet
Tweet
Tweet