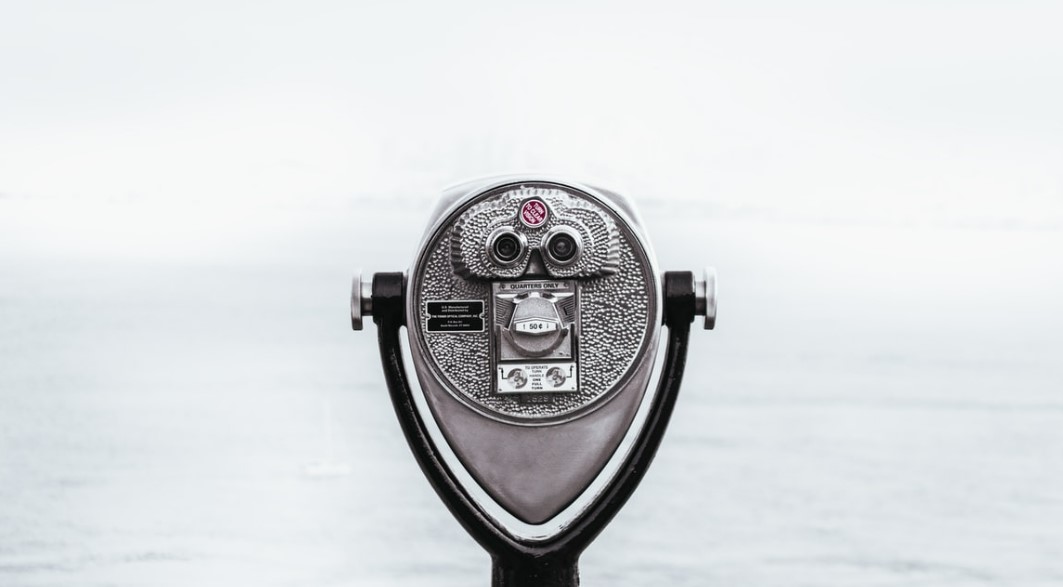 This week, Scotiabank CEO Brian J. Porter outlined the case for what he described as more long-term thinking in the realms of public policy and governance. His main point is that our politics are increasingly tilted in a short-term direction at the expense of laying the foundation for long-term economic competitiveness and broad-based opportunity. He’s right.

There are multiple explanations for this trend. One is the growing prevalence of minority parliaments which have been the end result of four of eight federal elections during this century. Their short lifespans (barely an average of one year) have necessarily narrowed the political horizon and placed an emphasis on parliamentary survival over long-term policymaking.

A related explanation is sometimes referred to as the “political business cycle.” The idea here is that public spending tends to rise and tilt in favour of short-term consumption over long-term investment in the lead up to election campaigns. That we’ve had more frequent elections in the 21st century means it stands to reason that government policy and public spending would generally orient themselves to a shorter horizon.

But to the extent that there has been an inclination to short-term thinking, it would be wrong to characterize it as merely a manifestation of crass politics. We argue in a forthcoming paper for the Public Policy Forum (co-authored with PPF President Edward Greenspon) that it’s in large part a reflection of the declining usefulness of the policy framework that’s guided government policymaking for the past 40 years or so.

That framework broadly known as the Washington Consensus took shape in response to a period of government overreach in the 1970s. This new consensus preferenced a more laissez-faire, limited govenrment model that manifested itself in de-regulation, free trade, and a general reduction in the size scope and ambition of the state.

The multi-decade track record of this political economy approach has been generally positive. Not only has it contributed to significant innovation in certain parts of the economy – such as information and communications technology – but it also led to unprecedented progress on extreme poverty and child mortality around the world.

Yet, over a distinct period from the global financial crisis in 2008 to the Russia’s recent invasion of Ukraine, the insights and prescriptions embedded in the Washington Consensus started to lose their salience. It’s not that they provide us with nothing in terms of how to think about and understand the economy. But new and emerging challenges, such as climate change, aging demographics and growing interest in domestic productive capacities in key sectors, have come to test the limits of the old framework.

One gets the sense that it’s increasingly providing incomplete answers to the pressing questions landing on the desks of policymakers across the country. The result is what often seems like disparate, one-off and sub-optimal policy responses. It’s as if policymakers are acting without a map or compass. They’re governing on the fly.

The other causes of political short-termism require their own thinking. The Public Policy Forum, for instance, has published papers and held events on the role of the media, parliament and other institutions.

But there is a strong case, as Mr. Porter outlines, for an exercise in long-term thinking that seeks to situate Canada’s future-oriented policy choices in a broader, economic, geopolitical and social context. Such a big-picture exercise would aim to produce a new roadmap to guide multi-partisan policymaking in Canada.

The good news is that there’s a pre-existing blueprint for something like this. Forty years ago this November, then-Prime Minister Pierre Trudeau established the Royal Commission on Economic Union and the Development Prospects for Canada (often referred to as the Macdonald Commission in reference to its chairperson, the Hon. Donald Macdonald) to similarly assess the country’s ongoing policy framework in a complex economic, geopolitical and social context.

Readers will remember that it was a period of high inflation, sluggish economic growth, growing protectionism and a general sense of economic malaise. There were also big questions about national unity and Canada’s system of federalism in the aftermath of the 1980 Quebec sovereignty referendum. The commission’s eventual report described these contextual conditions as part of “one of the most turbulent periods of Canadian history.”

The commission drew on an impressive group of external researchers, stakeholders and public servants to systemically analyze Canada’s economic future in the face of growing geopolitical and technological change. As the final report explained:

“Looking back over the perspective of 35 years, beyond the economic difficulties of the immediate past, this Commission sees Canada as having attained a quite remarkable record of economic success. We believe, however, that the circumstances which brought about that success will not continue; indeed, they have already altered, both globally and domestically. The differences which are emerging in our economic experience will have to be matched by differences in economic and social policies.”

In light of these major developments, the commission came to view its role in large part as developing recommendations on “the appropriate national goals and policies for economic development” for this new era. Macdonald himself described it as overcoming uncertainty by providing leadership with a “sense of national direction.” 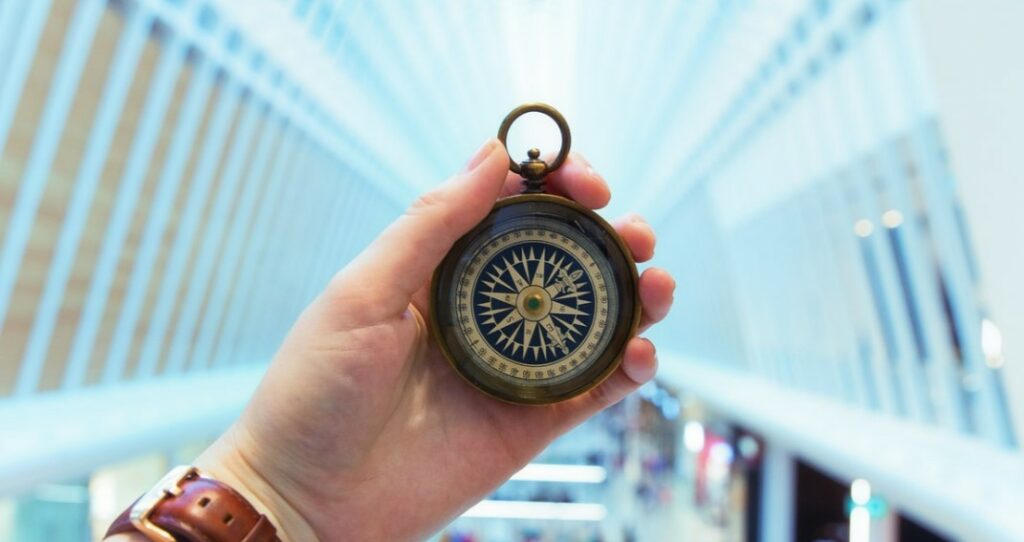 It is hard to overstate its ambition and scope. This was not some sectoral review or tinkering with a handful of programs or policies. The commission’s work was, as its final report explained, rooted in the fundamental question:

“Can we not do better in the future?”

The commissioners’ resounding answer was: “Yes.” But they ultimately produced a three-volume, 2,011-page report to elaborate on why and how. The Macdonald Commission put forward sweeping proposals ranging from a guaranteed minimum income for poor families to suggestions for boosting Canada’s population and revamping the education system to better supply future labour markets. The totality of these wide-ranging recommendations amounted to an economic policy roadmap for the country.

In its signature recommendation, though, the commission’s chair, Donald Macdonald, famously challenged the country to take “a leap of faith” on free trade with the United States. It was ultimately the catalyst for the Canada-U.S. free trade agreement and eventually the expansion of free trade across North America.

Fundamentally, though, as formative as the free trade recommendation was, the commission’s most important contribution to Canadian public policy was its core economic perspective. Its final report outlined a view about the role of govenrment and markets that came to permeate Canadian politics. As Andrew Coyne wrote roughly a decade after the commission had released its final report:

“Whether in Liberal or Conservative guise, we are now governed by the Macdonald Party; our national ideology is Macdonaldism.”

Macdonaldism provided the ideational foundation for what became a multi-decade, multi-partisan Canadian consensus about the goals and approaches to Canadian policymaking, which held sway with six consecutive federal governments and many more provincial ones. It generally served us well by contributing to a sustained period of economic growth, greater economic inclusion and middle-class prosperity than in the United States and elsewhere, and the key achievement of national unity and political stability.

But reading the commission’s 1985 report is a reminder how much has changed. As its ideas and insights become less connected to the country’s current set of issues and challenges, there’s a strong case for a new Royal Commission to develop and articulate a modern successor to Macdonaldism.

A modern Macdonald Commission would pull these questions out of the short-term exigencies of politics and enable a longer-term perspective. It would ask fundamental question about the “economic potential, prospects and challenges facing the Canadian federation” and develop recommendations on “the appropriate national goals and policies for economic development.” It would, in short, set out a renewed vision and policy agenda for Canada’s national direction.

Such an exercise could help to build intellectual and political support for the next generation’s “leap of faith” similar to the original Macdonald Commission’s role in socializing the case for Canada-U.S. free trade. There are so many big opportunities and challenges facing our society – including climate change, aging demographics, and slow growth and productivity – that would benefit from a renewed multi-partisan policy agenda. None of these issues will be solved in a single four-year term. They will require a political consensus to make the short-term and sometimes difficult policy choices that can produce positive long-term results.

As we come out of the once-in-a-century pandemic, it’s a good time to reset the country’s economic direction and chart out the roadmap to get there. A modern Macdonald Commission can provide the compass for the pursuit of a different and better future for Canada.