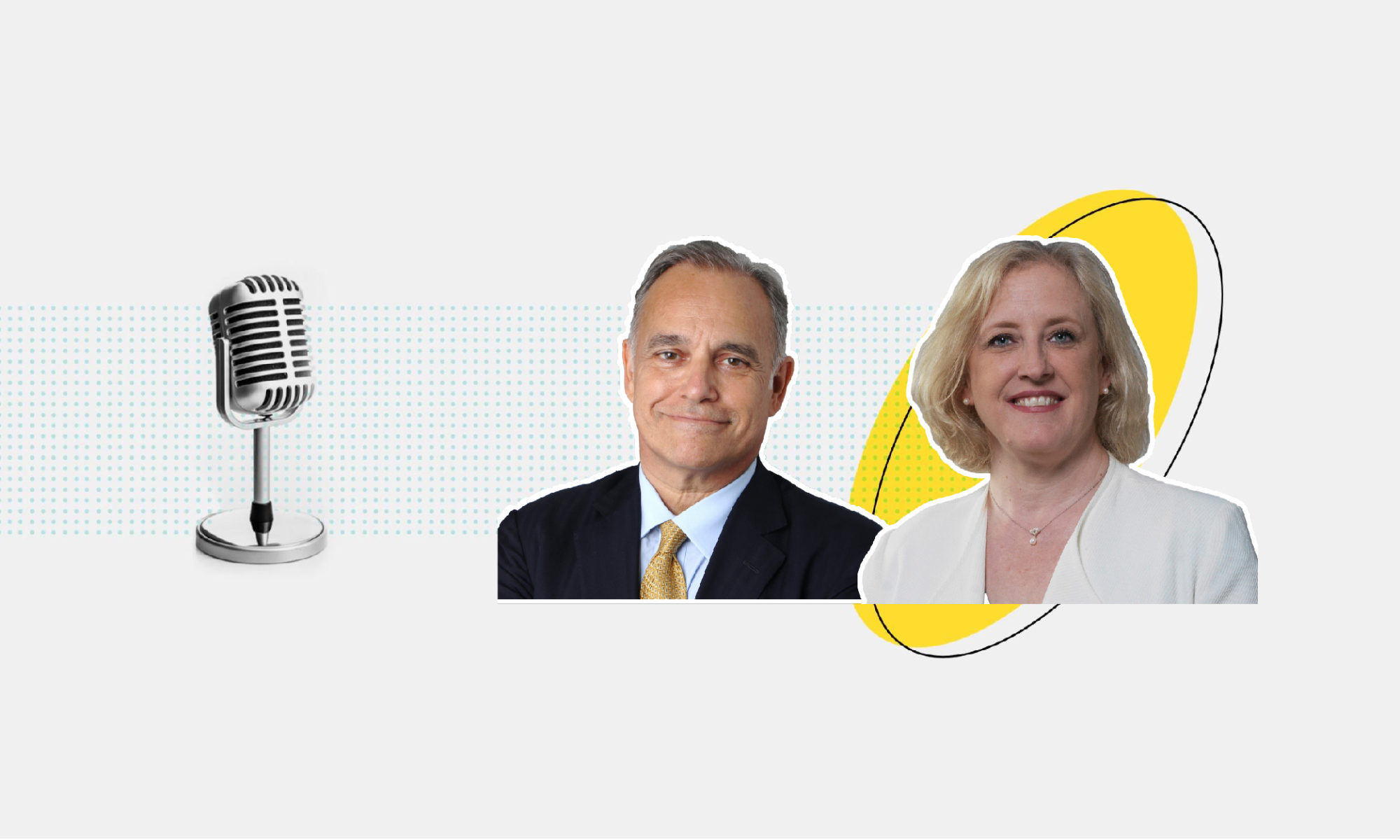 With Lisa Raitt and Yves Desjardins Siciliano
The pandemic presents an opportunity to breathe new life into the story of rail in Canada. Former Transport Minister Lisa Raitt and Yves Desjardins Siciliano, CEO at Siemens Mobility Canada and former VIA Rail CEO join Policy Speaking to talk the ghost of divestment past, Canada's present inter-city train network, why Quebec's system seems different, and how the current commuter crisis resulting from the COVID-19 pandemic could be leveraged to innovate metro systems and major city links.

Listen in with Lisa Raitt and Yves Desjardins-Siciliano

Lisa Raitt joined CIBC Capital Markets in January 2020, having previously worked in both the public and private sectors. Prior to her current role, Ms. Raitt was the President and CEO of the Toronto Port Authority. She was elected into the House of Commons in 2008, where she went on to hold senior portfolios serving as Minister of Natural Resources, Minister of Labour, and Minister of Transport. Ms. Raitt was also the Deputy Leader of the Official Opposition and the Conservative Party of Canada.

Yves Desjardins-Siciliano is the president and CEO of Siemens Mobility in Canada. Previously, he was president and CEO of VIA Rail. Yves is a lawyer and started his career on the corporate law track for IBM in Canada. For a period of two years he served as Chief of Staff to the Minister of State for Transport and the Minister of Labour. Yves is currently the Chairman of the Quebec Division of the Canadian Forces Liaison Council and a Director for the National Youth Orchestra of Canada.

Trending Topic Rebuild Canada & the Global Response to COVID-19
Articles
Precarious Employment to Stable Flexibility: What do Canadian Gig Workers want?
A digitally modernized immigration ecosystem in Canada
Op-ed: First Nations are not obstacles but an opportunity to get things done in just and sustainable ways
Op-ed: With a federal budget pending, do fiscal anchors still matter?
Op-ed: Perception and reality across Canada’s urban-rural divide
Redesigning CERB for a Partial Reopening of the Economy
A Policymaker’s Recovery Agenda for Higher Education
More Lessons from World War II: What's Next for the Government's Finances
Rebuilding Work as We Know It: Flexibility, Child Care, and a Stronger Social Safety Net
Hodgson: What’s Required to Re-Open the Economy
Asselin & Speer: COVID-19 shows us why Canada needs a challenge-driven growth strategy
Podcasts
Ep.50: Can Canada Build Better Infrastructure?
Ep.49: Does Canada Have a Plan for Economic Growth?
Ep.48: Taking Note of Mental Healthcare
Ep.47: The Cutting Edge of Carbon
Ep.46: Caring for Canada's Seniors
Ep.45: Canadian Railroad Trilogy - Pandemic Edition
Ep.44: More Than an Economic Recovery
Ep.42: Our Forced Telework Experiment
Ep.41: She-cession – Unprecedented and Uneven
Ep.40: Realities for Black Canadians in COVID-times
Ep.39: Are Rural Areas Being Left Behind?
Ep.38: A Growth Plan for Canadian Industry
Ep.35: Isolated and Anxious, but Not Alone
Ep.33: 5G on the Horizon
Ep.29: More Runway for Airports and Canada's Aviation Industry
Ep.28: What is Reconciliation About?
Ep.26: ABCs of Economic Recovery
Ep.20: Systemic racism in Canada - a conversation with Minister Hussen and how we can #DoBetter
Ep.19: The Future of Energy – Re-stabilizing an Industry
Ep.18: Getting the Future of Work Right in Unprecedented Times; Part 2 of 2
Ep.17: Getting the Future of Work Right In Unprecedented Times; Part 1 of 2
Ep.16: The Adaption Advantage - Sustaining adaptability in the workforce post COVID-19
Ep.15: Leveraging Immigration & Mobility For Economic Growth Post-COVID-19
Ep.12: Unpacking Labour Force Trends from COVID-19
Ep.9: A Challenge-Driven Industrial Strategy for Canada
Ep.7: The Realities of COVID-19 on Provincial and Federal Budgets
Ep.6: Extending a Lifeline to Canadians in the Sharpest Economic Downturn of our Time
Ep.2: Governing Through a Crisis