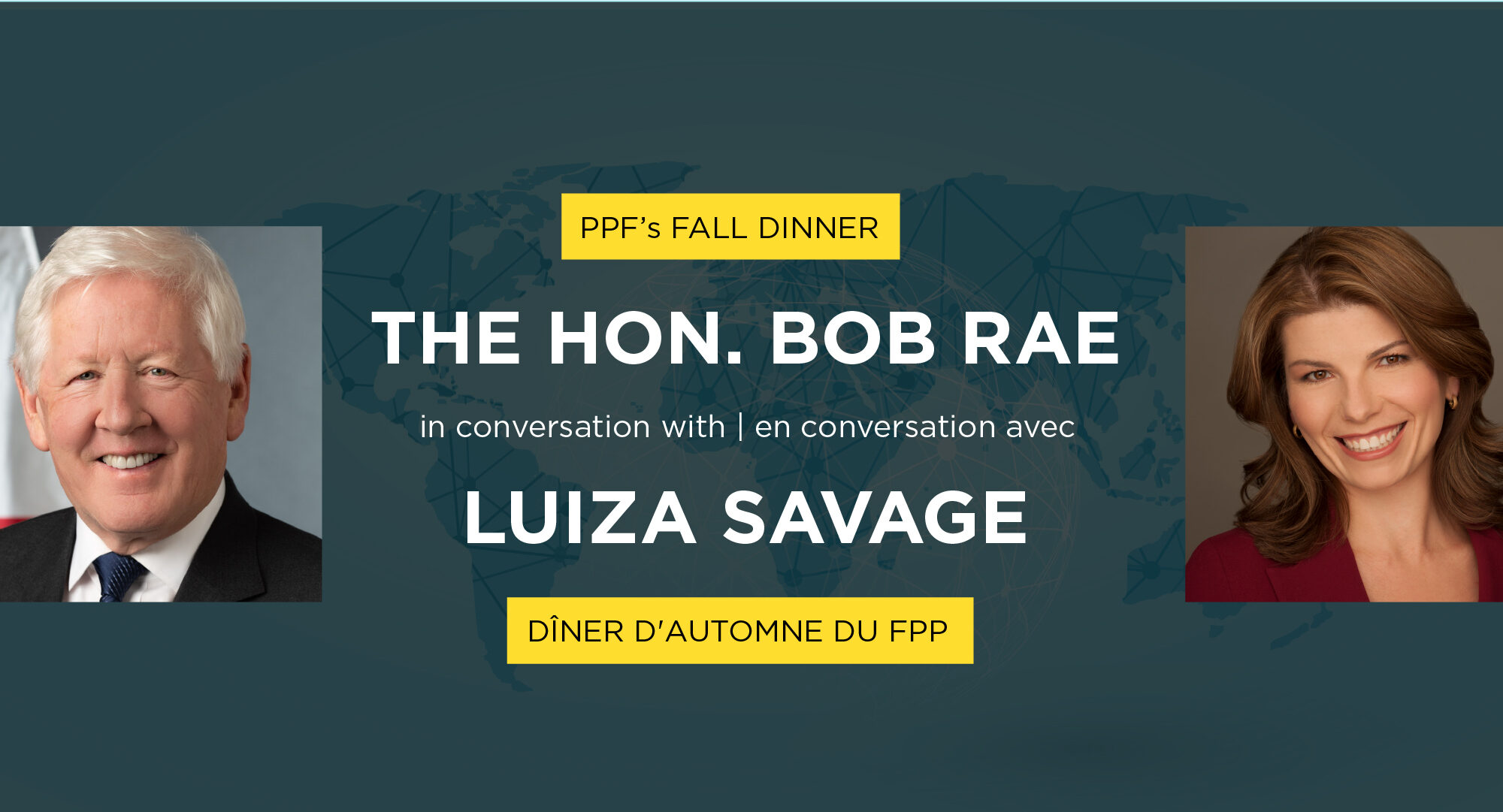 Public Trust and Multisectoral Collaboration During the Pandemic

Register Now
PPF’s annual Fall Dinner will showcase two case studies, a keynote speaker, and a panel that will explore the topic of collaboration between different levels of government and other sectors during a global crisis.
About the Event

We are delighted to welcome The Hon. Bob Rae, Ambassador and Permanent Representative of Canada to the United Nations (UN), as our keynote speaker. We look forward to his international insights on the evolution of public trust and public/private sector collaboration during the pandemic.

Many public servants found a new sense of purpose in their work during the pandemic, serving citizens in new and innovative ways. They had to embrace uncertainty, learn from experimentation and innovation, and collaborate across different sectors and jurisdictions. As the pandemic continues, it remains to be seen whether the initial responses will be fully adopted or whether organizations will revert to their pre-COVID practices. This event will explore sector and organizational transformations, lessons learned and the future that lies ahead.

Join as a virtual participant and engage with our speakers and other participants during our interactive sessions, or join the livestream only!

Curious about our previous Fall Dinners? 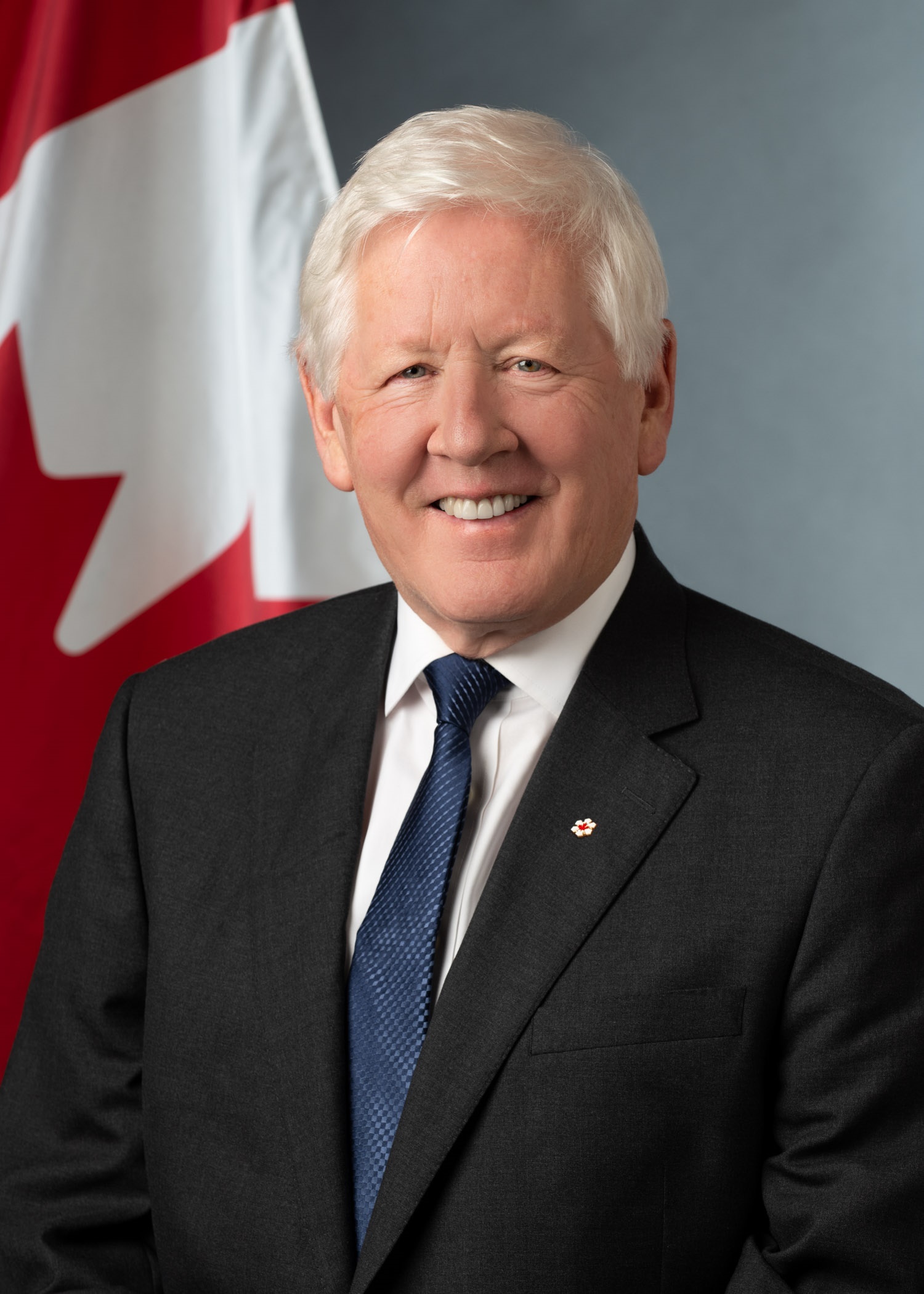 Ambassador and Permanent Representative of Canada to the Unites Nations (UN)

Bob Rae is the Ambassador and Permanent Representative of Canada to the United Nations in New York. Mr. Rae served as Premier of Ontario from 1990-1995, and interim Leader of the Liberal Party of Canada from 2011-2013. He was elected to federal and provincial parliaments 11 times between 1978 and 2013. Mr. Rae received his Honours B.A. in Modern History from the University of Toronto, an M.Phil in Politics as a Rhodes Scholar at Oxford University, and graduated from the University of Toronto Faculty of Law in 1977. He was named a Queen’s Counsel in 1984. As a lawyer in private practice, Mr. Rae led the restructuring of the Canadian Red Cross, the Toronto Symphony Orchestra, and chaired the board of the Royal Conservatory of Music. He also wrote “Lessons to be Learned” on the Air India bombing, and “Ontario a Leader in Learning” – a study of the Ontario higher education system. He was also named to the Security and Intelligence Review Committee by then Prime Minister Chrétien.

Mr. Rae’s return to Parliament for the constituency of Toronto Centre in 2008 led to his appointment as Foreign Affairs spokesman for his party, and to his election as interim Leader in 2011. Between 2013 and 2020 he taught law and public policy at the University of Toronto, and was a partner and senior counsel to the law firm OKT LLP, specializing in indigenous law and constitutional issues.

In 1997, Mr. Rae became a founding board member of the Forum of Federations. He went on to serve as Chairman and President of the Forum, and advised many governments and groups on issues of constitutional change, the rule of law, federalism and devolution. He remains a Senior Fellow of the Forum. Mr. Rae is also a Senior Fellow at Massey College, and the Raoul Wallenberg Centre for Human Rights. He served as the Chief Negotiator for the 9 First Nations that are members of the Matawa Tribal Council in Northern Ontario between 2013 and 2018. In October 2017, Mr. Rae was appointed as Canada’s Special Envoy to Myanmar. In this role, he engaged in diplomatic efforts to address the crisis in the country’s Rakhine State and wrote the report “Tell Them We’re Human” in 2018. In March 2020, he was named by Prime Minister Trudeau to be Canada’s Special Envoy on Humanitarian and Refugee Issues. This led to his report “A Global Pandemic Requires a Global Response”, which was made public shortly before his appointment as Ambassador to the UN.

Bob Rae is a Privy Councillor, a Companion of the Order of Canada, a member of the Order of Ontario,and has numerous awards and honorary degrees from institutions in Canada and around the world. In addition to several government reports, he is the author of five books. Along with music, reading, and writing, he loves tennis, golf, and fishing. He is married to Arlene Perly Rae, writer and public advocate on issues affecting women and children. They have three daughters and five grandchildren. 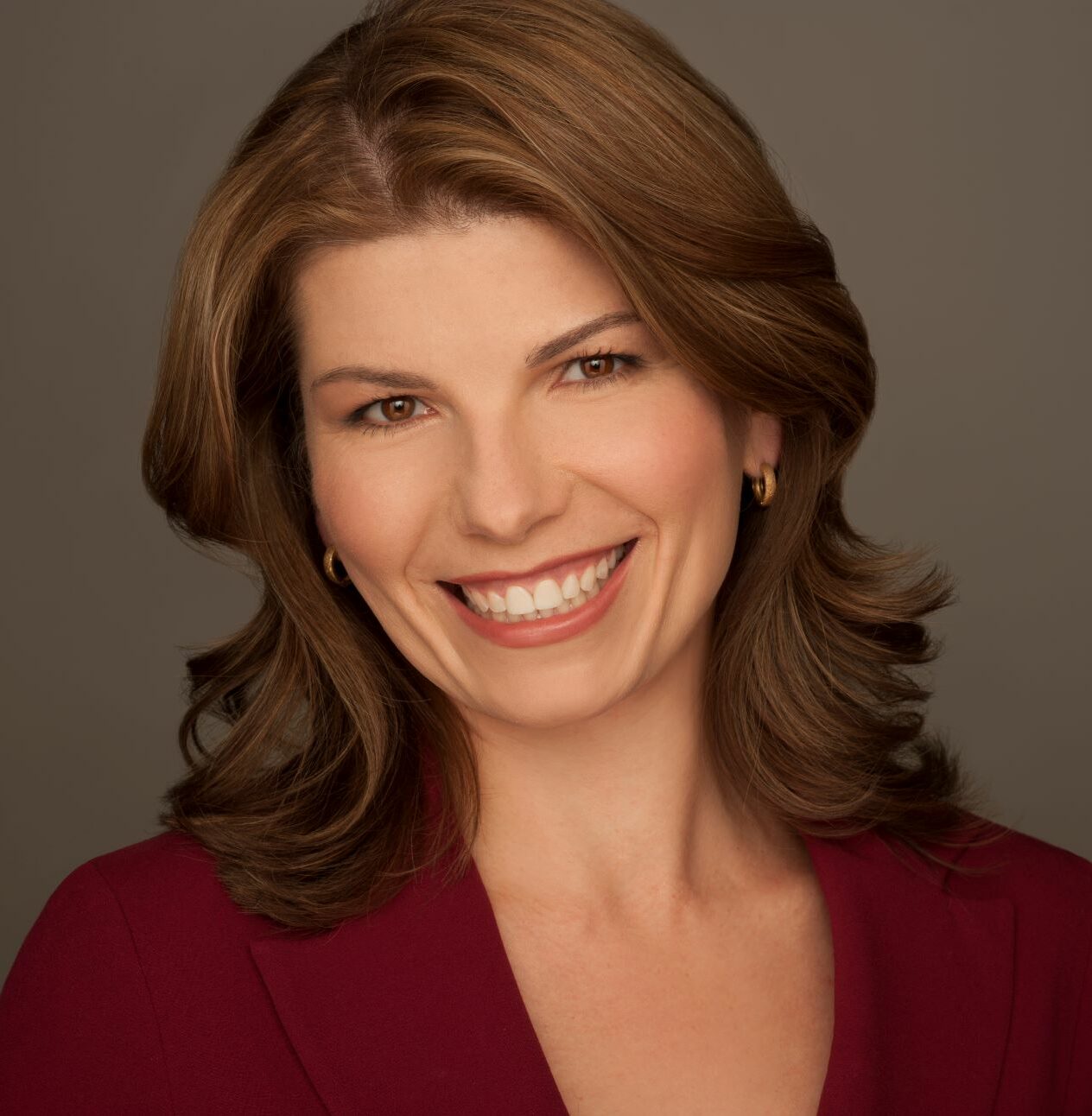 Luiza Ch. Savage is an executive editor at POLITICO, an international news organization focused on politics and policy. Based in the Washington, D.C., area, she focuses on growing POLITICO’s digital journalism across video, audio, live events, newsletters, and thought-leadership. Luiza was responsible for the creation of POLITICO Canada, which now includes the daily Ottawa Playbook and POLITICO Pro Canada, an intelligence service for policy professionals. She is a Jefferson Fellow at the East-West Center and a Fellow at the Canadian Global Affairs Institute. Prior to joining POLITICO, Luiza was the Washington, D.C. bureau chief for Maclean’s, the national weekly news magazine of Canada. In that role, she covered several presidential elections, wrote and produced two television documentaries about Canada-U.S. relations, and was a regular commentator on television and radio news programs. She previously worked as a reporter for the New York Sun, the National Post, and the Ottawa Citizen. Luiza was born in Poland and grew up in Calgary and Ottawa. She earned a bachelor’s degree in economics from Harvard College and a master’s degree from Yale Law School, where she was a Knight Foundation journalism fellow. She is married to New York Times reporter Charlie Savage; they have two children. 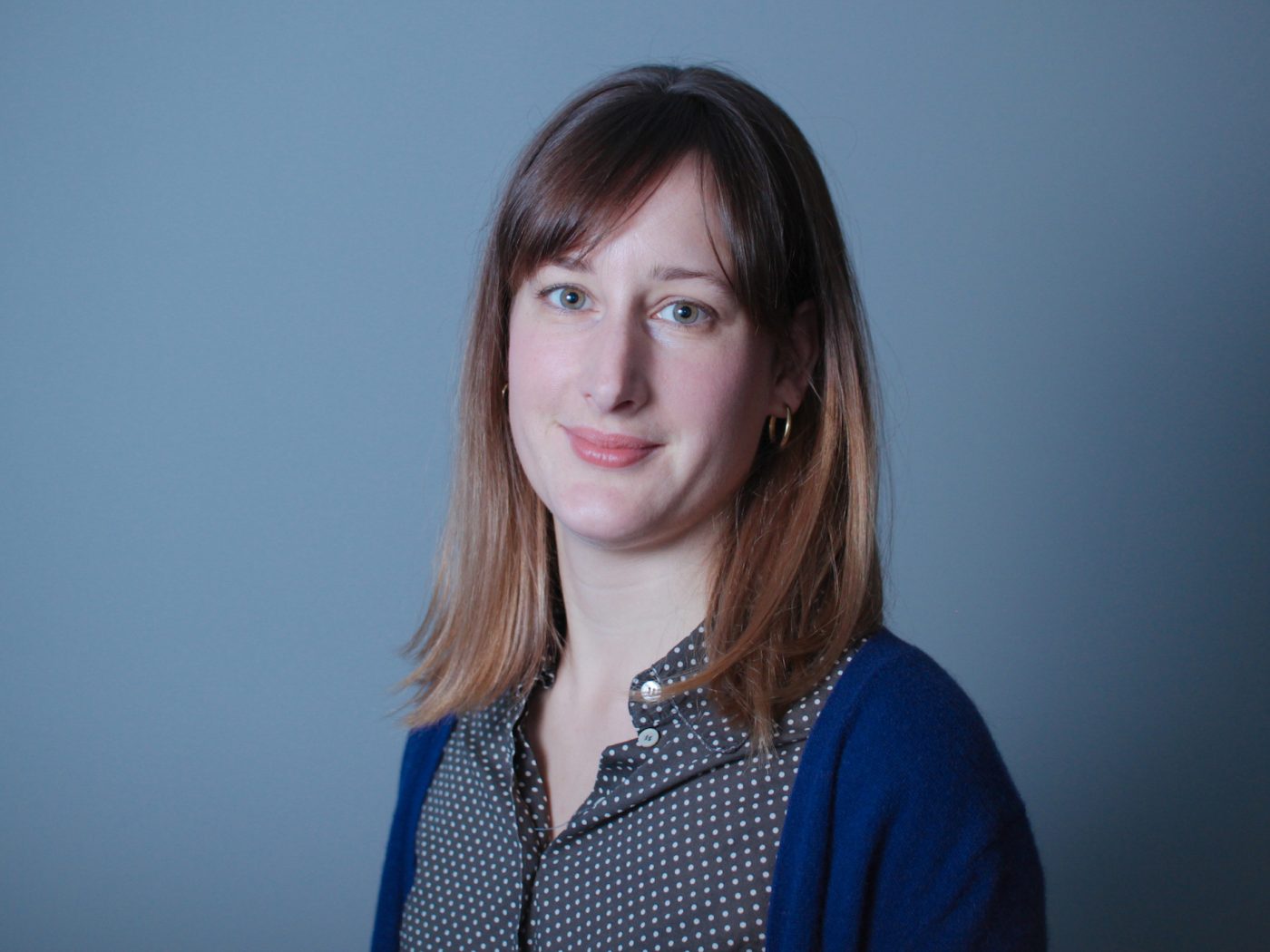 Her experience in Canada and abroad has fed her passion for providing inclusive, innovative spaces where leaders can develop their expertise and create better public policy.

Before joining the Public Policy Forum in 2016, Anna held a leadership role at the Centre on Public Management and Policy at the University of Ottawa.

Anna was a Program Manager at The European School of Management and Technology in Berlin, Germany, before she moved to Canada in 2009. Her university degrees and research in social anthropology, sociology and African studies brought her to Freie Universität Berlin, Stanford University, Aix-Marseille Université and Benin, West Africa.

Anna is married with two children. She volunteers on the boards of the Ottawa Symphony Orchestra and the German Language School Ottawa. She is fluent in English, French and German. 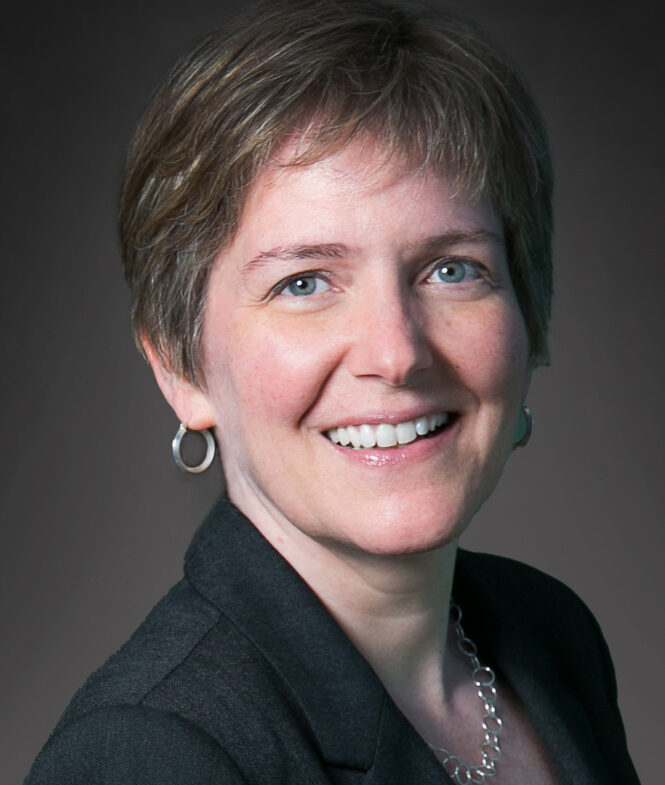 With more than 20 years of international experience in both the academic and private sectors, Catalina Lopez-Correa’s deep understanding of genomics and innovation has inspired leaders in science and industry to collaborate toward solving some of the world’s greatest challenges.

Before taking on her role as Chief Scientific Officer in July 2021, she served as Executive Director of the Canadian COVID-19 Genomics Network (CanCOGeN).

Dr. Lopez-Correa holds a Medical degree from the UPB in Colombia, a Master’s degree in Human Genetics from Paris V University in France, a PhD in Medical Biosciences from the KULeuven in Belgium, a mini MBA from McGill University in Canada and has trained in innovation leadership at Singularity University. 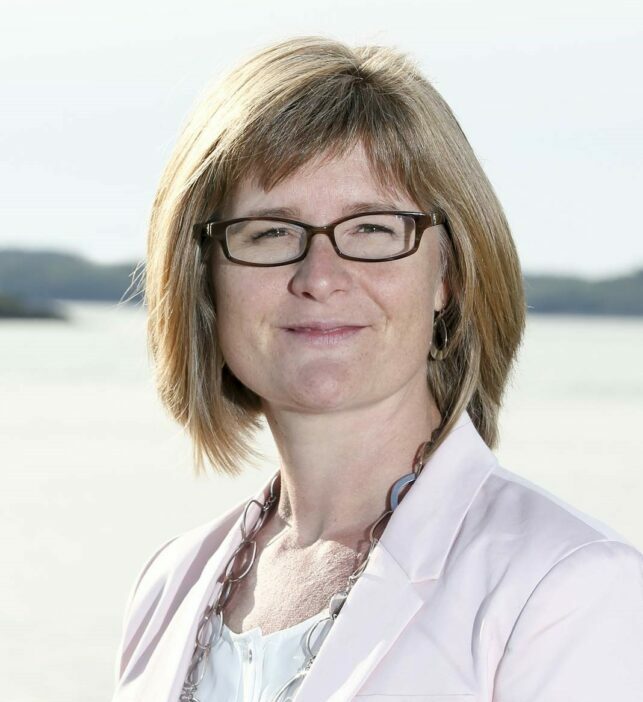 Tracey has an undergraduate Science degree from St. Frances Xavier University, a diploma in Environmental Technology from Holland College, and a Masters in Public Administration from Dalhousie University.

Prior to joining the Nova Scotia provincial government Tracey spent time in both the private sector and municipal government.

Tracey’s government career began in 2001 and has spanned multiple departments including Environment, Health and Wellness, Labour and Advanced Education, and Community Services, and most recently included leading the province’s COVID-19 vaccine rollout.

Tracey believes that through truly working together, communities, business and government can support a Nova Scotia that is prosperous for all. 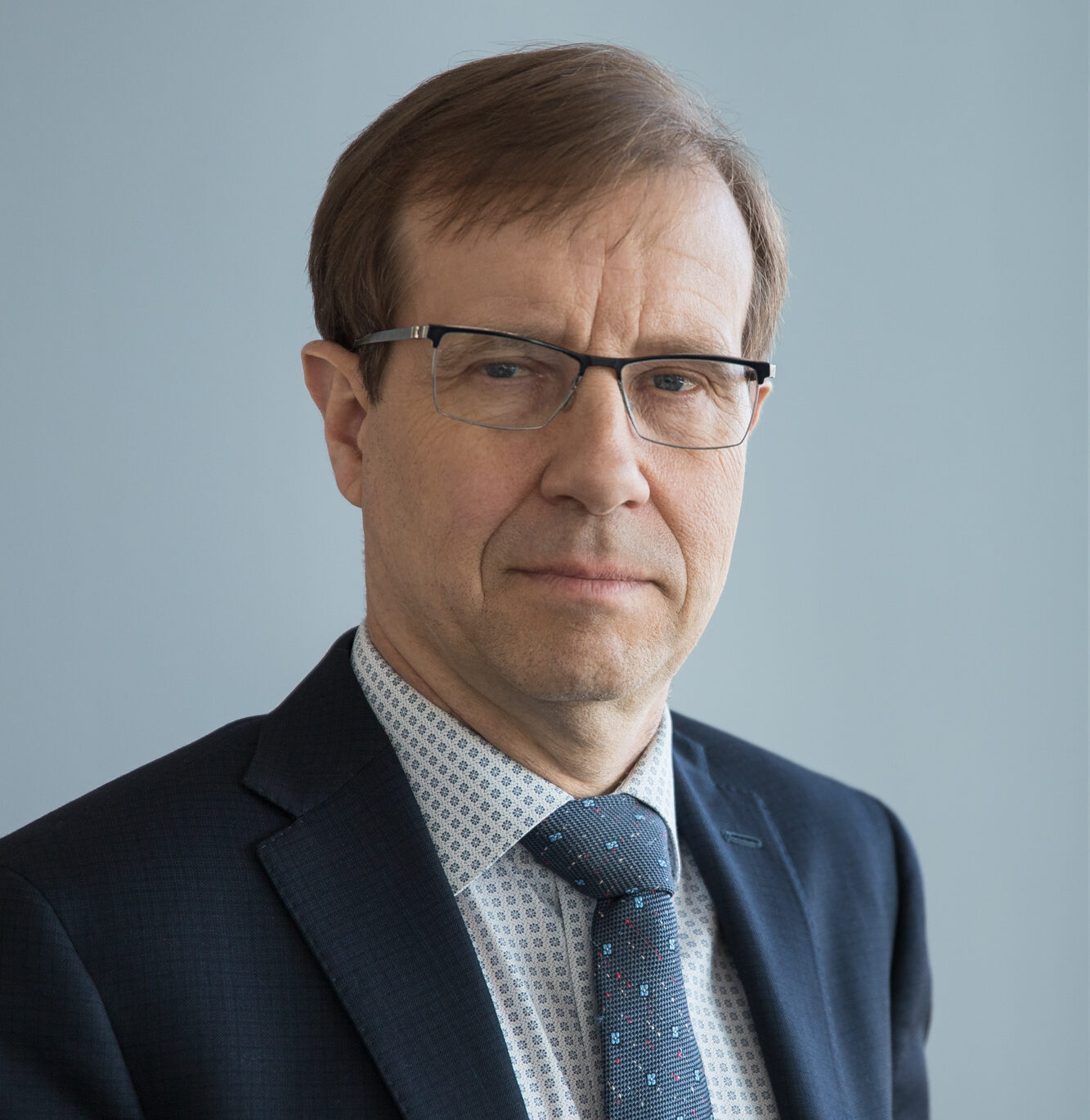 Secretary of the Treasury Board, Government of Canada

Peter was appointed secretary of the Treasury Board effective April 4, 2018.

From 2015 to 2018, Mr. Wallace served as city manager for the City of Toronto, Canada’s largest city.

Prior to working for the City of Toronto, Mr. Wallace held a number of positions in the Ontario public service, including serving as secretary of the Cabinet, head of the Ontario Public Service and clerk of the Executive Council from 2011 to 2014.

Peter began his public service career in 1981 after completing a B.A. (Honours) in Political Economy and a Master of Public Administration from the University of Toronto. 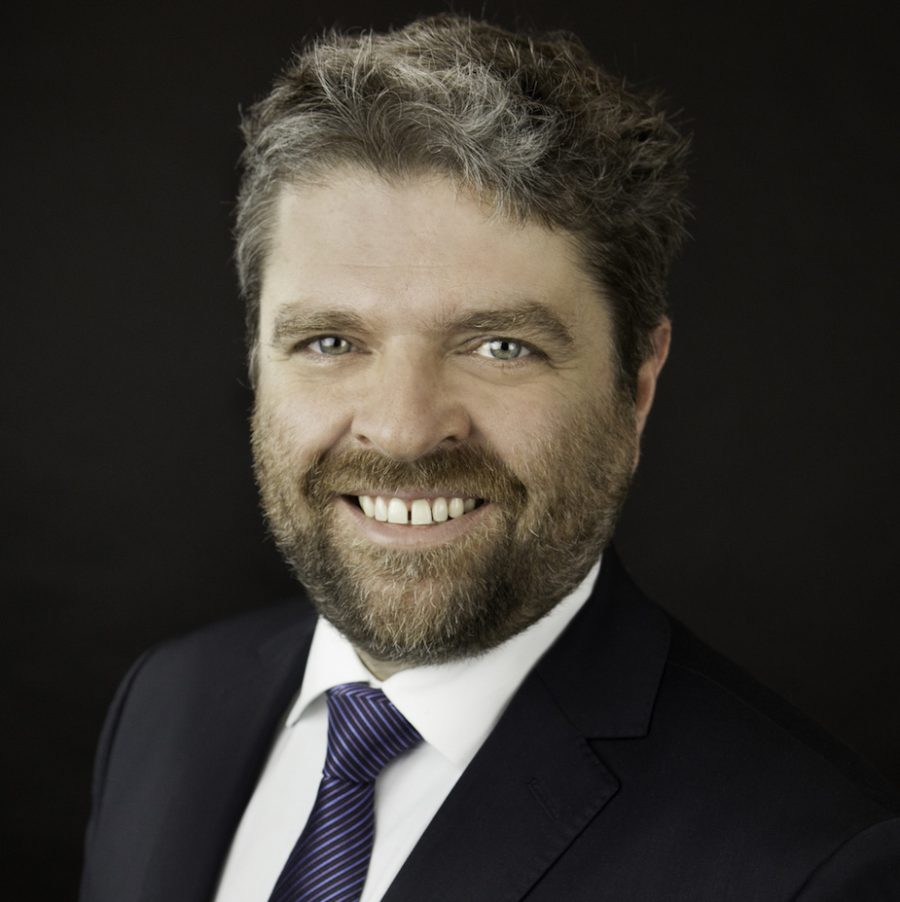 President and CEO of Genome Canada

Dr. Annan drives an overarching strategy that promotes the value and potential of genomics in Canada to Genome Canada’s major stakeholders, while raising the public profile of Genome Canada both nationally and internationally.

During seven years at Mitacs – a non-profit, national research organization that manages and funds research and training programs for undergraduate, graduate students and postdoctoral fellows in partnership with universities, industry and government – Dr. Annan helped build a Canadian success story in the development and delivery of policy-driven innovation programs. In his roles as Chief Research Officer and interim Chief Executive Officer, he was a key leader on Mitacs’ corporate strategy, stakeholder relations, research and evaluation, and policy analysis.

As an innovation strategist and a strong communicator, Dr. Annan consults with governments, organizations and institutions across Canada on research strategy and policy, and speaks regularly with public and private audiences across Canada.

Dr. Annan volunteers on the Board of Directors for Let’s Talk Science, a national charity dedicated to increasing STEM literacy among K-12 students. He has a Ph.D. in Biochemistry from McGill University and undergraduate degrees in English from Queen’s University and in Biology from the University of Victoria.

The Hon. Bob Rae, Ambassador and Permanent Representative of Canada to the United Nations (UN)

“The Evolution of Public Trust & Public/Private Sector Collaboration during the pandemic: An International Perspective”