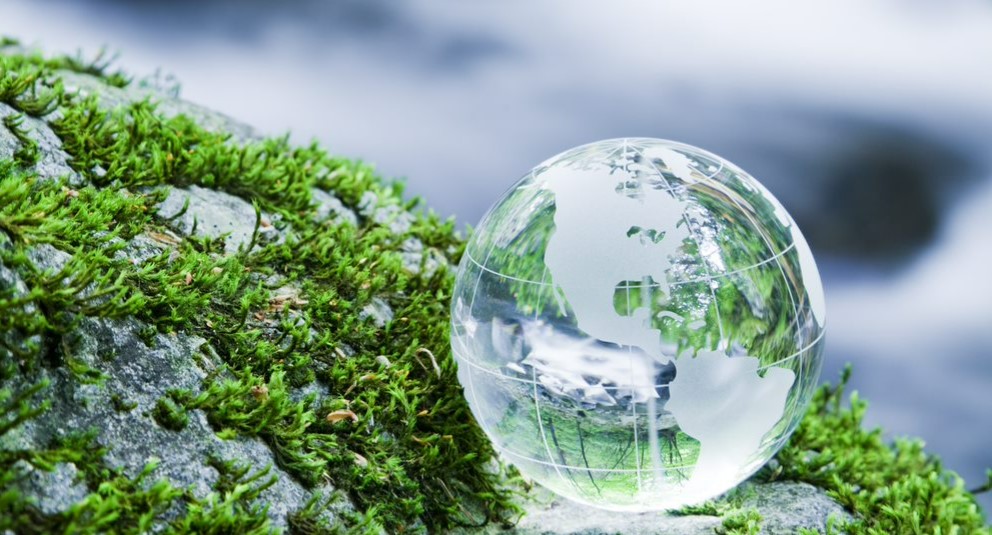 Make no mistake, Canada faces unique challenges and opportunities if it is to achieve its climate change objectives of a 40 to 45 per cent reduction in GHG emissions by 2030 and net zero by 2050, if not sooner. How we do it must meet the test of our national interest: reaching a net-zero future while ensuring a strong economy, national unity and reconciliation with Indigenous people.

Many critical factors are at play. As a northern nation, the dispersion of our population across the massive expanse of our geography, the critical importance of transportation to our economy and society, coupled with significant regionally based economic interests, all shape the definition of Canada’s national interest.

At the centre of the net zero conversation is how we reconcile our undeniable climate needs with a strong and growing economy. Doing so means helping existing industry transition to a low carbon economy, while capitalizing on new opportunities presented by decarbonization.

Five core principles have shaped our policy recommendations. Each reflects the ultimate goal: meeting or exceeding Canada’s climate objectives. Working together they ensure we do so in a way that recognizes and respects the needs of a strong national economy and the Canadian values of opportunity, fairness and inclusion. The guiding principles are:

We believe that a “carbon management” industry could play an indispensable role in helping Canada meet both climate and economic objectives. Carbon management is any activity that captures carbon, utilizes or stores carbon or helps connect the capture and use of carbon. It includes point-source carbon capture at industrial or manufacturing facilities, as well as carbon dioxide removal technologies such as direct air capture.[1]

While carbon capture has promise for the energy industry, we want to be clear that carbon management is a truly national opportunity that extends across sectors and regions of our country. It can be put to use at a wide range of industrial sites and activities in all parts of Canada with the ability to remove significant levels of CO2 emissions. The carbon dioxide removal component of carbon management can also help offset emissions that are very hard to abate directly (e.g., long-haul aviation) and could play the critical role of helping draw down carbon from the atmosphere. The International Energy Agency’s Executive Director Fatih Birol has said that without carbon capture “our energy and climate goals will become virtually impossible to reach.”

Carbon management cannot be a reason to delay clean energy and other mitigation efforts. Rather, carbon management projects must fit within a comprehensive strategy to reach net zero, with low- and zero-carbon energy leading the transition to a future where non-emitting energy becomes the foundation for the Canadian economy. Carbon management should be pursued in tandem with an ambitious effort to mitigate emissions through other tools such as renewable energy, energy efficiency, a measured reduction in fossil fuels and more. We will need all the tools at our disposal.

Carbon management is a huge economic opportunity – if we choose to seize it. There is a clear pathway to a $1 trillion global market in the coming decades. Canada is well positioned to capture a significant share of that market, but only if we move quickly.

Other countries have seen the opportunity and are moving fast. Whether it’s the United States, the United Kingdom, Norway or others, they are speeding ahead with public and private investments that are building an emerging carbon management sector as part of a green energy economy.

Right now, members of the Canadian financial sector say Canada has fallen behind as a destination for investment in the carbon management space and become uncompetitive. Most of the capital is instead going to the United States and the policy supports offered by our southern neighbour are an instructive example for Canada to consider when crafting its own policies.

The United States is offering up to US$50 per tonne for carbon capture projects, depending on the timing and type of project. Currently, legislation in Congress proposes to increase that amount to between US$60 and $180 per tonne depending on project type. These benefits are on top of a carbon credit market under California’s low-carbon fuel standard where carbon management proponents are currently able to sell credits for approximately US$200 per tonne. The United States is also investing more than US$10 billion in direct air capture “hubs,” carbon transport infrastructure, plant demonstration, storage commercialization, utilization program and blue hydrogen[2]. In short, the U.S. government is providing very generous support to attract investment into carbon management projects. Several other jurisdictions, such as the United Kingdom and Australia, are also aggressively pursuing carbon management.[3]

The time has come for Canada to act. Many stakeholders will have a role to play but industry and government, as well as Indigenous partnerships, will be particularly important. Industry must do its part to address the GHGs stemming from operations and production, including devoting significant capital to decarbonizing their processes. Clearly, the majority of investment required to develop a viable carbon management industry must come from the private sector. But for that to happen, government has to play a critical role in developing policy that creates the conditions for success, including policies that can help attract the copious amounts of private capital needed for our transition in reaching the public good of a low-carbon economy. Many new technologies have benefited from significant public policy support to allow them to become more economic and eventually proliferate. Carbon management will be no different.

Canada has the expertise, experience and knowledge to be a leader in carbon management through our head start with capture and store technologies and our long familiarity with large energy projects. As a country, our goal must be to pursue decarbonization in a way that reduces emissions while preserving competitiveness and generating prosperity for Canadians.

[3] For example, the open-source Northern Lights Project in Norway captures carbon from industrial sites and sequesters it under the North Sea. Fully 67 per cent of the project’s $2.9 billion costs are covered by the government of Norway, which is paying 80 per cent of the $791 million required for the first stage. The U.K. government has selected two carbon capture clusters to receive funding from the first stage of its US$1.4 billion CCUS infrastructure fund and intends to build out four CCUS hubs by 2030. 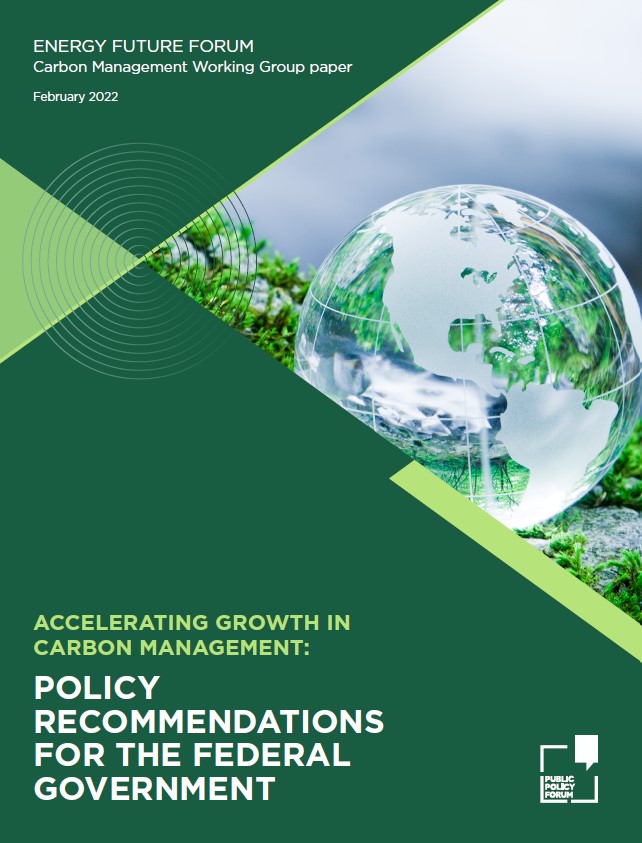 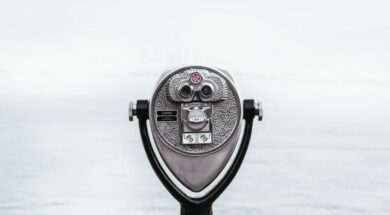 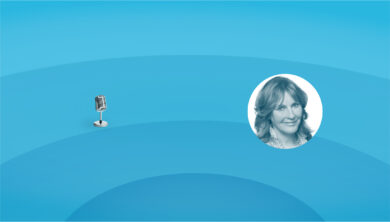 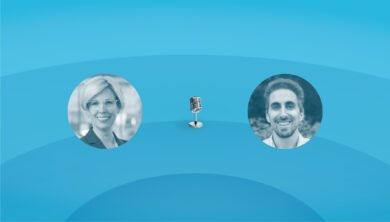 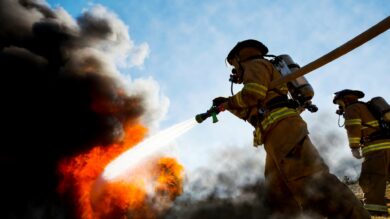 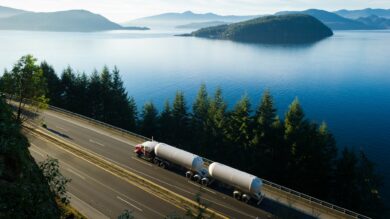 CLIMATETIVENESS: What it Takes for Canada to Thrive in a Net Zero Exporting World

In addition to being the year-and-a-half when a pandemic shook the world, 2020-21 will be remembered for a renewed determination to address long-neglected areas of policy. The COVID-19 crisis not only threw brand new challenges on the public agenda, but also reminded us of the need to get moving on...
Learn moreabout CLIMATETIVENESS: What it Takes for Canada to Thrive in a Net Zero Exporting World
Report

If the climate challenge confronting Canada is evident, so too is the economic opportunity out there to be captured. The twin objectives are clear and measurable: We must meet our 2030 GHG emission reduction targets on the way to a net-zero future by 2050, and we must do it in a manner that ensures jobs, growth and a strong economy. The good news is that a sightline to that future – one where a national carbon management strategy is critical to meeting our objectives – is coming into clear focus.
Read the Paper