Almost every aspect of modern social and economic development is inextricably linked to the Internet. However, while connectivity in many parts of Canada is at an all-time high, economically disadvantaged and geographically remote areas are increasingly being left behind. Nowhere is this digital divide more glaring than in the North.

Despite the North’s immense economic, political, and cultural value, it experiences significantly higher Internet costs and slower connectivity speeds than the rest of Canada. The situation is exacerbated by considerable infrastructure challenges.

In winter 2014, Canada’s Public Policy Forum undertook a major initiative to consider how stakeholders might focus their efforts to improve northern connectivity. We convened two multi-sector, leadership-level roundtable discussions in Whitehorse and Iqaluit, followed by an executive briefing in Ottawa. Participants included leaders from the three territorial governments, the federal government, the private sector, Aboriginal organizations, and other groups. This report highlights our findings, outlining key challenges and solutions participants identified as having the greatest potential for impact.

Monday December 16, 2019
The Energy Future Forum (EFF), a new pan-Canadian initiative to develop policy answers that reduce greenhouse gas emissions and strengthen the economy, was officially launched on Dec. 16 at a meeting in Toronto. It's an "unprecedented effort to find common cause in addressing Canada’s climate and energy challenges,” said PPF's Edward Greenspon.
Learn more
Article 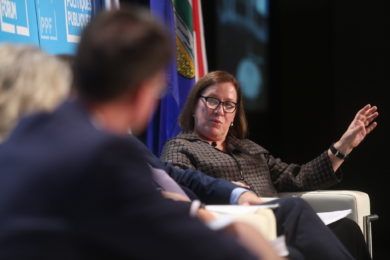 Monday December 2, 2019
In the fourth edition of our Brave New Work Newsletter: Our latest report on rebalancing bargaining power in the future of work, a panel discussion on the future of Alberta's energy sector, and two of our latest blog posts.
Read the 4th newsletter
Article 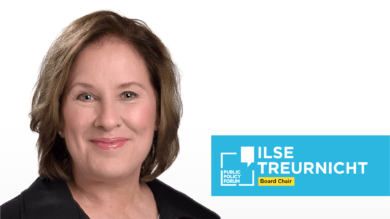 Leveraging the Skills of Social Sciences and Humanities Graduates

Canadians are among the best-educated people on the planet. But are they getting the education they need — particularly in the fields of social sciences and humanities — to maximize their employment prospects in today's fast-changing workplace? This report explores the level of the so-called "skills gap" and identifies issues and solutions to equip university graduates with the tools to transition from student to employee.
Learn moreabout Leveraging the Skills of Social Sciences and Humanities Graduates
Publication 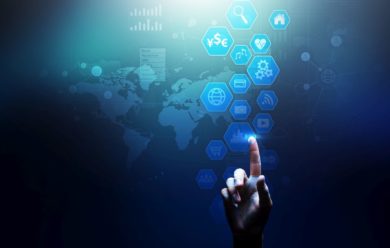 Return on Investment: Industry Leadership on Upskilling and Reskilling their Workforce

As technology changes the nature of work, Canadian companies must create a culture of continuous learning to ensure employees have the skills they need. Many companies have already begun, investing hundreds of millions of dollars in upskilling and reskilling programs to address the skills gap. In latest Skills Next report, Wendy Cukier provides an overview of how companies including AT&T, Scotiabank, TD Bank, Accenture and Walmart are retraining their workforces. Further, it considers the role of government investment, public-private partnerships, and corporate social responsibility in upskilling and reskilling.
Read how companies are creating a culture of continuous learning
Publication 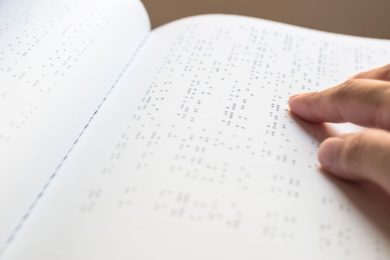 Skills Gaps, Underemployment, and Equity of Labour-Market Opportunities for Persons with Disabilities in Canada

While people with disabilities can achieve socially integrated, financially independent lives through secure, well-paid employment, they are often trapped in low-skill jobs at high risk of automation. Emile Tompa, Daniel Samosh and Normand Boucher underscore the importance of training opportunities that are well aligned with the skills likely to be in high demand in future.
Learn moreabout Skills Gaps, Underemployment, and Equity of Labour-Market Opportunities for Persons with Disabilities in Canada
Back to top