About the Project: Evidence from recent elections around the world suggests that individuals, organizations and governments have used digital technologies to pose new risks to electoral integrity and social cohesion. Many of the threats posed by new technologies are familiar — fake news, propaganda, theft of information — but the scale, speed, reach, ease and sophistication of such attacks is new and unprecedented.

Methodology: The University of British Columbia and the Public Policy Forum will bring together experts and interested parties from academia, government, technology and media communities, and civil society to have a frank discussion on what needs to be done in the face of the continued decline of the reporter-driven media system and new digital-based threats democratic function and social cohesion. Most urgently, we need to understand risks to the integrity of the upcoming 2019 federal election and what can be done to better protect citizens and democratic institutions from information attacks.

The workshop will take place over two days: the first aimed at understanding the issues better and assessing actions in other jurisdictions, and the second, with a narrowed group of participants, charged with proposing implementable solutions appropriate for Canada.

Following the workshop, UBC and PPF will write a report detailing, contextualizing and organizing the proceedings to make the material accessible to and usable by the public, researchers and decision-makers. 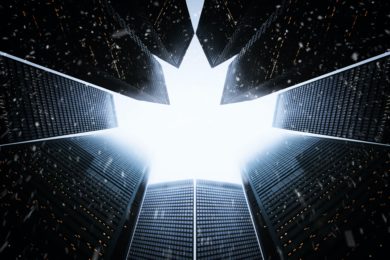 Utilizing the COVID-19 pandemic as a catalyst to develop policies that create a productive, resilient, and fair economy and society

Before the COVID-19 crisis hit, there was already a need for public policy in Canada to adjust. Now, with the economy wounded and international cooperation frayed, we must consider the merits of a more fundamental rebuilding job. Through a series of reports and conferences, this project will tap into the best established and ascending policy brains in an effort to help policymakers weigh priorities and trade-offs and forge a far-reaching rebuild plan.
Learn More
Project

Faced with a global pandemic, governments throughout Canada responded in real-time to the novel coronavirus (COVID-19), testing the resiliency of our government and public institutions. Government responses not only varied across the country between First Nation communities, municipalities, the provincial governments, and the federal government but also within their respective...
Learn moreabout Public Service Innovation and Leadership During COVID-19
Project