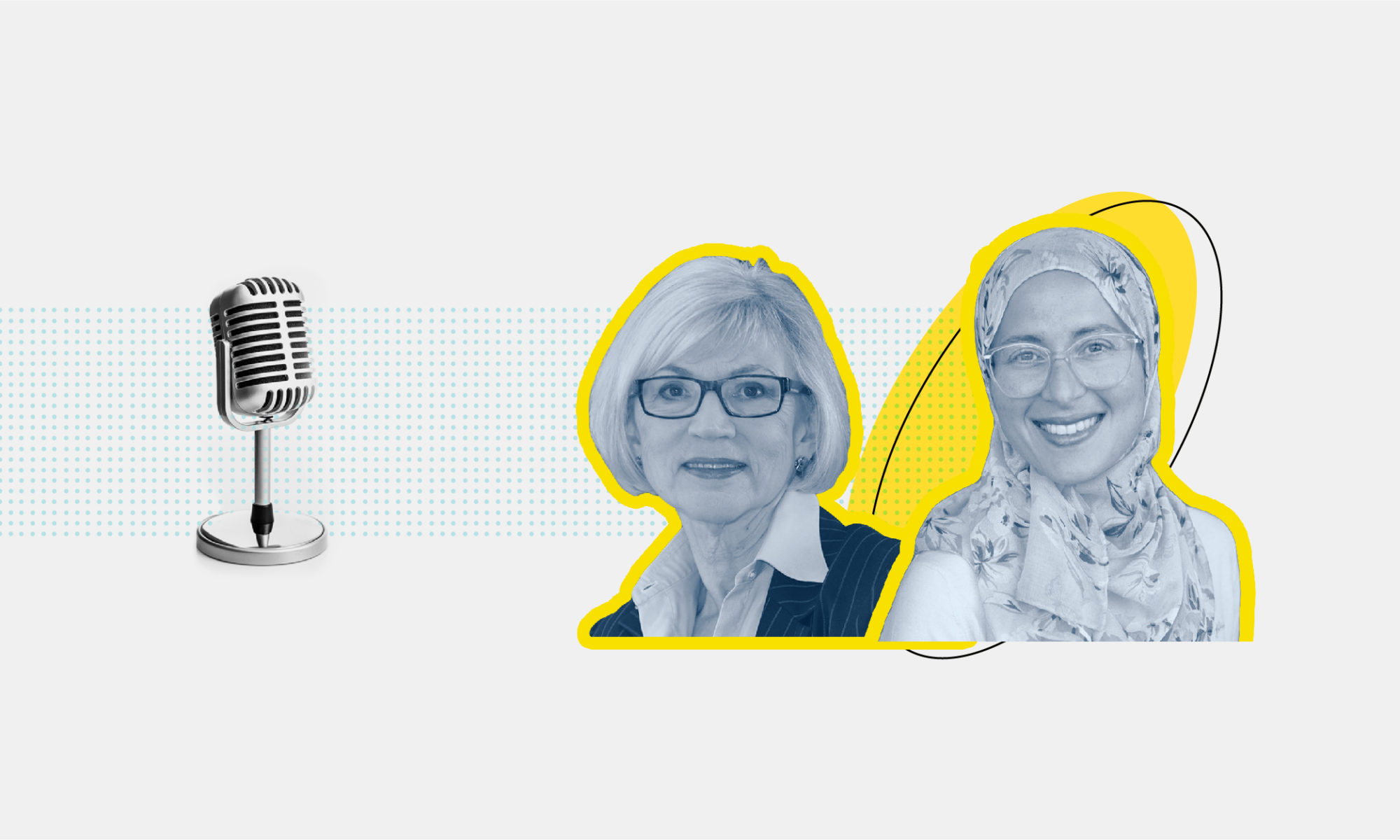 Ep.36: Measures to Help the Internet Fulfill its Democratizing Potential

With Amira Elghawaby & The Rt. Hon. Beverley McLachlin
In the season three opener, Policy Speaking sits down with two Commissioners from the Canadian Commission on Democratic Expression Amira Elghawaby & The Rt. Hon. Beverley McLachlin. Public opinion and these experts agree: the time to regulate social media has arrived. They discuss findings of a new report "Harms Reduction: A Six-Step Program to Protect Democratic Expression Online", released by the Commission in parallel with findings from the Citizens’ Assembly on Democratic Expression. They tackle harmful behaviour and online hate speech, and what we can do to address these on online platforms while still defending Canadians' rights to free speech.

Listen in with Amira Elghawaby & the Rt. Hon. Beverley McLachlin

In light of the steep growth in social and democratic harms online, the Public Policy Forum established the Canadian Commission on Democratic Expression to study and provide informed advice on how to reduce harmful speech on the internet without impairing free speech. The Commission comprised seven eminent Canadians, including The Right Honourable Beverley McLachlin and journalist and human rights advocate Amira Elghawaby. In a new report released on Jan. 27, called “Harms Reduction: A Six-Step Program to Protect Democratic Expression Online” the Commission has set out an integrated program of six practical steps that rejects a policy of aggressive takedown of content in favour of a citizen-centric approach that places responsibility for hateful and harmful content firmly on the shoulders of platforms and its creators. And at the same time, in parallel, we had an Assembly of forty two representative Canadians from all provinces and territories of the country – really a picture of Canada – and they both came to the same conclusion. The time to regulate social media has arrived.

Listen in to this conversation about online harms and this made-in-Canada approach.

Prior to joining Canada’s labour movement where she currently works, Amira Elghawaby spent five years promoting the civil liberties of Canadian Muslims at the National Council of Canadian Muslims (NCCM) between 2012 to the fall of 2017. Amira is a founding board member of the Canadian Anti-Hate Network

The Right Honourable Beverley McLachlin served as Chief Justice of Canada from 2000 to mid-December 2017. In the summer of 2018, Ms. McLachlin became a Member Arbitrator at Arbitration Place.