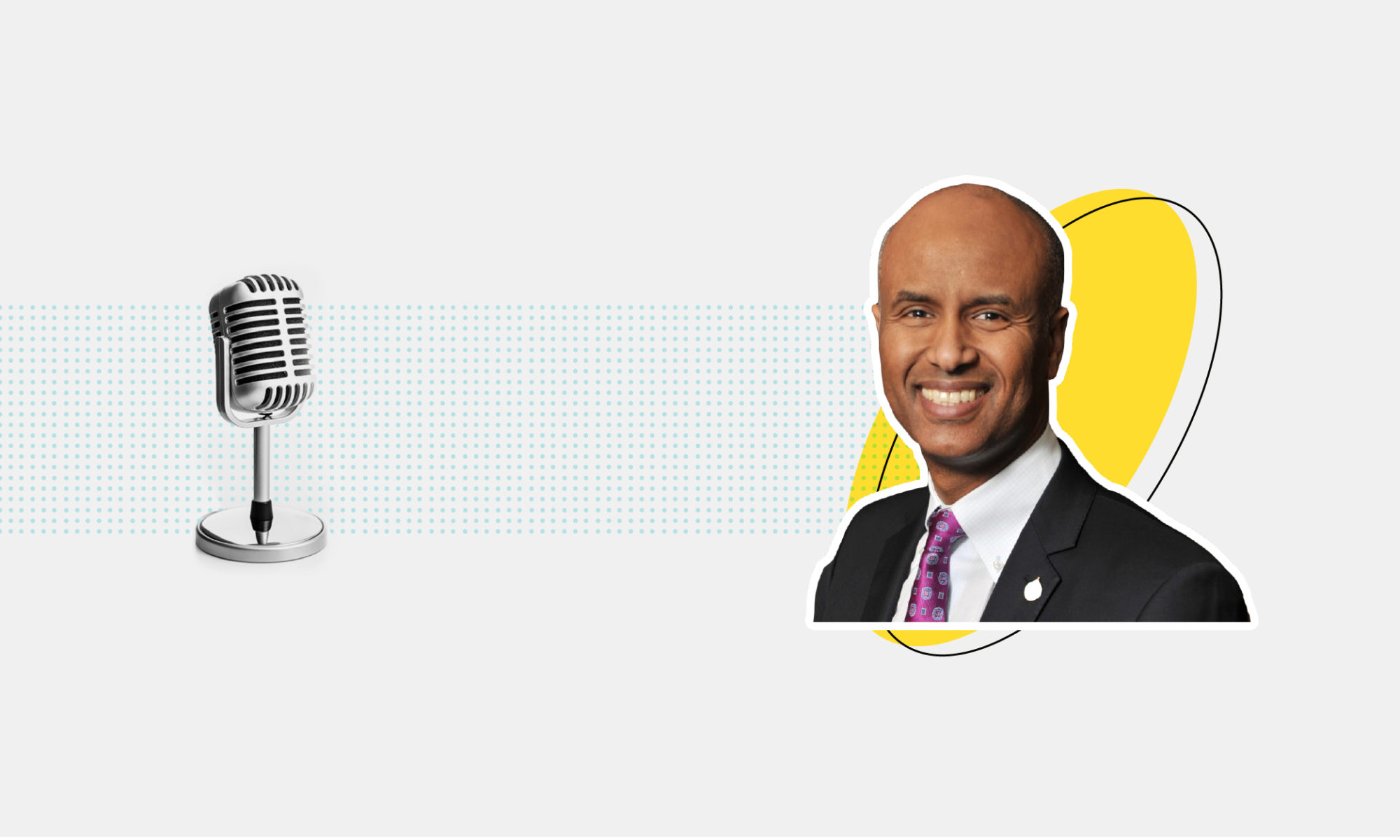 Ep.20: Systemic racism in Canada – a conversation with Minister Hussen and how we can #DoBetter

A series of three major concurrent and overlapping crises, one about health, about the economy and about race, diversity and inclusion has brought society to a troubled place. Many of us have been forced to challenge our own roles. Edward Greenspon is joined by The Honourable Ahmed Hussen to examine the fight against anti-black racism in all its forms, to ensure a future of justice and equality.

Listen in with Ahmed Hussen

Host Edward Greenspon is joined by The Honourable Ahmed Hussen who discusses frankly the systemic reality of racism in Canada today. From both his personal and professional experiences he sets the scene for Canadians to do better.  Minister Hussen shares the importance of seeing the humanity in everyone and then encourages us as Canadians to do better — institutionally, as a society, and as individuals.

The Honourable Ahmed Hussen was first elected in 2015 to represent the riding of York South—Weston. Minister Hussen immigrated to Canada in 1993 and settled in Toronto. He began his career in public service after high school, working with the Hamilton-Wentworth social services department.

Minister Hussen co-founded the Regent Park Community Council in 2002. As its president, he played a key role in securing the $500-million revitalization project for Regent Park while advocating for its 15,000 residents to ensure that their interests were protected. He was awarded the Queen’s Gold Medal for his leadership efforts in the Regent Park community.

Serving as National President for the Canadian Somali Congress, Minister Hussen worked with national and regional authorities to advocate on important issues to Canadians of Somali heritage, strengthening civic engagement and integration. His results-driven reputation led to an invitation from the Toronto City Summit Alliance to join a task force for modernizing income security for adults.

As a result of his advocacy work, the Toronto Star recognized Minister Hussen in 2004 as one of 10 individuals in Toronto to have made substantial contributions to the community.

After earning a law degree from the University of Ottawa, Minister Hussen practiced law in the areas of criminal defence, immigration and refugee law, and human rights. He served as a director on the board of the Global Enrichment Foundation, an organization that has enabled women in East Africa to access education in colleges and universities in the region, and on the board of Journalists for Human Rights, an organization that empowers journalists in developing countries to cover human rights and governance issues objectively and effectively. Minister Hussen also previously worked as a Special Assistant for intergovernmental affairs to former Ontario Premier Dalton McGuinty, and sat on the Cross-Cultural Roundtable on Security.

Trending Topic Rebuild Canada & the Global Response to COVID-19
Articles
Op-ed: First Nations are not obstacles but an opportunity to get things done in just and sustainable ways
Op-ed: With a federal budget pending, do fiscal anchors still matter?
Op-ed: Perception and reality across Canada’s urban-rural divide
Redesigning CERB for a Partial Reopening of the Economy
A Policymaker’s Recovery Agenda for Higher Education
More Lessons from World War II: What's Next for the Government's Finances
Rebuilding Work as We Know It: Flexibility, Child Care, and a Stronger Social Safety Net
Hodgson: What’s Required to Re-Open the Economy
Asselin & Speer: COVID-19 shows us why Canada needs a challenge-driven growth strategy
Podcasts
Ep.48: Taking Note of Mental Healthcare
Ep.47: The Cutting Edge of Carbon
Ep.46: Caring for Canada's Seniors
Ep.45: Canadian Railroad Trilogy - Pandemic Edition
Ep.44: More Than an Economic Recovery
Ep.42: Our Forced Telework Experiment
Ep.41: She-cession – Unprecedented and Uneven
Ep.40: Realities for Black Canadians in COVID-times
Ep.39: Are Rural Areas Being Left Behind?
Ep.38: A Growth Plan for Canadian Industry
Ep.35: Isolated and Anxious, but Not Alone
Ep.33: 5G on the Horizon
Ep.29: More Runway for Airports and Canada's Aviation Industry
Ep.28: What is Reconciliation About?
Ep.26: ABCs of Economic Recovery
Ep.20: Systemic racism in Canada - a conversation with Minister Hussen and how we can #DoBetter
Ep.19: The Future of Energy – Re-stabilizing an Industry
Ep.18: Getting the Future of Work Right in Unprecedented Times; Part 2 of 2
Ep.17: Getting the Future of Work Right In Unprecedented Times; Part 1 of 2
Ep.16: The Adaption Advantage - Sustaining adaptability in the workforce post COVID-19
Ep.15: Leveraging Immigration & Mobility For Economic Growth Post-COVID-19
Ep.12: Unpacking Labour Force Trends from COVID-19
Ep.9: A Challenge-Driven Industrial Strategy for Canada
Ep.7: The Realities of COVID-19 on Provincial and Federal Budgets
Ep.6: Extending a Lifeline to Canadians in the Sharpest Economic Downturn of our Time
Ep.2: Governing Through a Crisis
Back to top
Tweet
Tweet
Tweet